Michael Knights writes today about why it’s so damn hard to destroy ISIS, even though they’re not really all that formidable a force. Basically, it’s because everyone except the United States has bigger fish to fry:

All of our allies and rivals have far more complex goals than degrading and defeating the Islamic State. For them, the current battle is really a game of positioning for the truly decisive action that 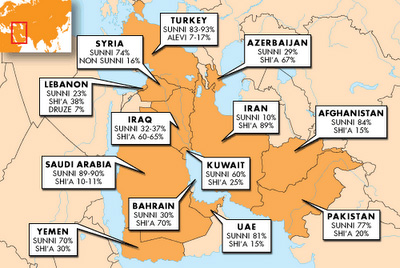 will begin as soon as the Islamic State is defeated.

The first priority of most actors is consolidating their control on the ground. The Kurds in Syria and Iraq are staking out their long-term territorial claims. Iranian-backed groups like Badr are carving out principalities in Iraqi areas like Diyala and Tuz Khurmatu. Abu Mahdi al-Muhadis, the most senior Iranian proxy in Iraq and a U.S.-designated terrorist involved in the deaths of U.S. and British troops, is seeking to quickly build the Popular Mobilization Units (PMU) into a new permanent institution akin to a ministry.

….The Assad regime in Syria is integrating with the Russian military machine….Syrian Sunni groups are tightening military ties to Saudi Arabia, Qatar, and Turkey. Iranian-backed groups in Iraq continue to deepen their ties with Russia and Iran….The Baghdad Operations Command continues to hold around half of the offensive-capable Iraqi military units in reserve in the capital despite the declining risk of an Islamic State attack on Baghdad. Why? To offset the risk posed by the Shia militias.

The whole thing is worth a read, even if, in the end, it boils down to our old friends Team Sunni vs. Team Shia. Basically, everyone is willing to give lip service to fighting ISIS, but for most of the actors in the Middle East it’s not really a high priority. They’d rather keep their powder dry for the main event. In that respect, ISIS is sort of like Donald Trump. All the other Republicans want to get rid of him, but they don’t want to spend a lot of their own energy doing it. They want someone else to do it, so that it will be someone else who’s too worn out to win the actual nomination fight.

More generally, Knights is concerned that the US has no good post-ISIS strategy. We simply have too many allies who hate each others’ guts, and we’re not willing to just take a side in the Sunni-Shia civil war and let the chips fall. “Though Washington may seek to play the role of the balancer between these camps, the U.S. government is faced with impossible choices between traditional Sunni allies and the up-and-coming Shia actors who are critical players in the war against the Islamic State.”

Personally, I’m not convinced there’s a workable answer, which means we need to maintain a pretty light touch in the region and not get sucked into its endless sectarian feuds. But who knows? Maybe President Trump will be able to thread this delicate needle after his landslide victory next November.