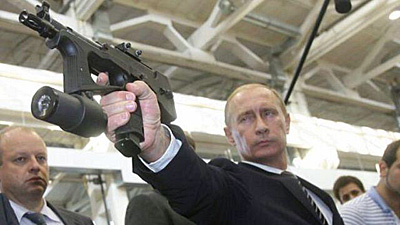 BloombergBusiness reports on the Russian mission in Syria:

Many senior officials in Moscow underestimated how long the operation in support of Bashar al-Assad would take when Putin entered Syria’s civil war on Sept. 30 and no longer talk in terms of just a few months, with one saying the hope now is that it won’t last several years.

With the mission in its third month, Putin is pouring materiel and manpower into Syria at a pace unanticipated by lawmakers already struggling to meet his spending goals….“This operation will last a year at a minimum,” said Frants Klintsevich, deputy head of the Defense Committee in the upper house of parliament. “I was expecting more from Syria’s army.”

….While Syrian forces backed by Russian firepower have had some successes, such as breaking Islamic State’s two-year siege of a strategic air base near Aleppo, Putin is only now starting to realize that he can’t defeat the group through air power alone, said Anton Lavrov, a Russian military analyst….Russia now has as many as 5,000 servicemen on the ground, more than double the original estimate of 2,000, according to RUSI researcher Igor Sutyagin. While Putin continues to rule out a land offensive, hundreds of advisers are already embedded with the Syrian army, he said.

I suppose I should be immune to this kind of thing by now, but did Putin seriously think he’d wipe out ISIS and the Syrian opposition in a few months? It’s not as if Russia doesn’t have plenty of recent experience with long quagmire-ish campaigns—in Afghanistan in the 80s, in Tajikistan in the 90s, and against Chechen rebels in both the 90s and aughts. After the United States spent over a decade in Afghanistan and Iraq without winning a decisive victory, did Putin really think that Syria would be just a bit of military muscle stretching, like South Ossetia?

Beats me. And I love Klintsevich’s comment: he was “expecting more” from Syria’s army. Join the club. For more than a decade we’ve been expecting more from the Iraqi army and the Afghani army and every other army in the Middle East. Oddly enough, they’re all poorly trained and riven with sectarian tension. Who could have predicted the same would be true in Syria?

Blowhards are the same the world over, I guess. Always convinced that their wars will be short and victorious, and never willing to listen to anyone else. They just don’t learn.