The argument for a union shop is pretty straightforward: even if you hate your union, they perform collective bargaining for everyone, including you. Since you benefit from that bargaining, you should be required to pay union dues. After all, if dues are optional, why would anyone pay? Why not just let all the other suckers pay while you reap the benefits free of charge?

There’s another version of this argument that’s even more straightforward: if union shops are illegal—as they are in so-called “right to work” states—it’s all but impossible to set up a union. This is why the Chamber of Commerce and pretty much all Republicans are great fans of the open shop. It basically destroys the ability of unions to operate.

But what about public employee unions? What if you object to your union’s political views and don’t want to sponsor them? The answer, in many states, is that you can partially opt out of union dues, paying only an “agency fee” specifically designated for collective bargaining activities.

Problem solved? Not quite. What if you think that even collective bargaining is inherently a political stance when you’re bargaining with the government? Should you be allowed to opt out of union dues entirely? Today the Supreme Court heard arguments on this, and it didn’t go well for union supporters:

The justices appeared divided along familiar lines during an extended argument over whether government workers who choose not to join unions may nonetheless be required to help pay for collective bargaining. The court’s conservative majority appeared ready to say that such compelled financial support violates the First Amendment.

Collective bargaining, Justice Anthony M. Kennedy said, is inherently political when the government is the employer, and issues like merit pay, promotions and classroom size are subject to negotiation.

The best hope for a victory for the unions had rested with Justice Antonin Scalia, who has written and said things sympathetic to their position. But he was consistently hostileon Monday. “The problem is that everything 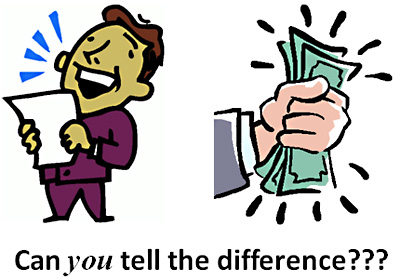 that is bargained for with the government is within the political sphere,” he said.

In one sense, there’s nothing new to say about this. The liberal-conservative split on the Supreme Court has hardened over the past couple of decades, and we simply don’t see very much principled opposition to party lines anymore. Conservatives hate unions, so conservative Supreme Court justices are going to rule against unions whenever and wherever possible. They’ll make up the reasons afterward.

But there’s another sense in which this is interesting: it’s yet another step in the evolution of the conservative Supreme Court’s insistence that money is speech. In Citizens United and subsequent cases, they’ve all but wiped out any possible regulation of campaign finance on the grounds that campaign donations fund campaign speech. So if you can’t regulate political speech, you can’t regulate political money either.

Now they seem set to do the same for unions. If collective bargaining is inherently political speech, then you can’t force people to fund it. That’s a prima facie violation of the First Amendment.

I wonder how far this can go? After all, you can make a case that spending money is nearly always implicit speech: my purchase of a Snickers bar is a public declaration that Snickers bars are delicious, and my company’s dodgy advertising claims are a declaration of deeply held corporate emotions. So much for regulation of sugary snacks or false advertising.