A few of my fellow liberals have been suggesting lately that they’d prefer Donald Trump as president to, say, Marco Rubio. Mostly this is for two reasons. First, they figure Trump will be easier to beat. Second, if he does win, Trump’s volatile personality and tenuous relationship to ideology suggest that he might be surprisingly flexible in office. Rubio, by contrast, is 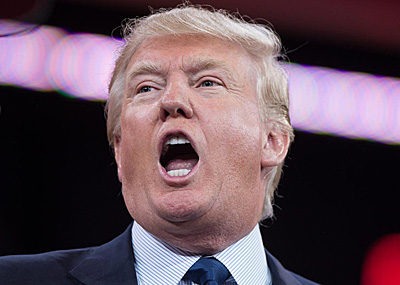 a stone ideologue who would appoint hundreds of fellow ideologues to office. He’d make a real effort to do every horrible thing he says he’s going to do.

This is an enticing argument, but it’s also dangerous. For months, we’ve been warning that Trump would be a uniquely dangerous president. He’s a serial liar. He’s a demagogue. He’s a racist and a xenophobe. He appeals to our worst natures. He’d blithely enact ruinous policies simply because his vanity makes him immune to advice and policy analysis. He’d appoint folks who make Michael Brown look like Jeff Bezos. He would deliberately alienate foreign countries for no good reason. He’d waste money on pet projects like border walls and huge military buildups that would likely have no appreciable effect. And while that volatile personality of his probably wouldn’t cause him to nuke Denmark, you never know, do you?

No liberal wants to see a conservative in the Oval Office. Not Rubio, not any of the others. But there’s a difference between accepting an ordinary member of the opposition party and accepting a fatuous clown like Donald Trump. The former will enact lots of policies we hate, but that’s democracy for you. We’ve been through it before and we’ll go through it again. The latter is a mockery of everything democracy stands for.

Even if you assume that Marco Rubio might be more technically destructive of liberal policies than Trump—an unlikely but admittedly possible outcome—Trump would be more destructive of the very core of liberalism. If we’re willing to accept bigotry and belligerence and just plain inanity—along with the small but genuine chance of something truly catastrophic taking place on his watch—just for the sake of maybe getting a slightly better outcome on a few liberal policies, we really ought to just hang it up.

At this point, it’s not clear if Trump can be stopped anytime before November 8th, but liberals should nevertheless be doing everything they can to help his opponents relegate him to the ashcan of history. After all, it’s no sure thing that he’ll lose in November either. There are lots of ways he could win. An economic downturn could do it. Trump’s demagoguery might do it. Some kind of unexpected scandal could do it. He might turn out to be a better general election campaigner than we think. Or Hillary Clinton could just run a bad campaign.