But that’s not what I’m talking about. After all, Trump doesn’t generally attack his rivals at a policy level. He branded Jeb Bush for all eternity by calling him low energy. He got under Ted Cruz’s skin by suggesting he wasn’t a natural-born citizen. He went after Ben Carson by see-sawing between (in Conor Friedersdorf’s words) “implying that Carson is an unstable thug who can’t be trusted in office because of violent things that he wrote about in his memoir, and declaring that his memoir is obvious bullshit that only dupes would believe.” 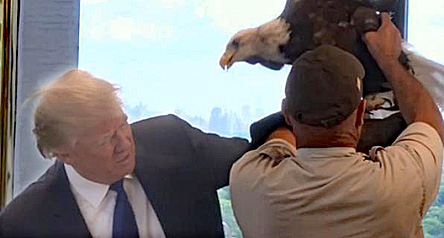 the other candidates all set their oppo dogs loose long ago. That’s what you do in campaigns. So what did they find?

Multiple Republican campaign sources and operatives have confided that none of the remaining candidates for president have completed a major anti-Trump opposition research effort….Presented with that void, outside conservative groups have frantically moved to cobble something together….The same was true with a professional opposition researcher who spoke on the condition of anonymity. This past fall, she decided to start digging into Trump as a side gig to her own job, convinced that the campaign staff either wasn’t up to the task or were too unfamiliar with bankruptcy and SEC filings (as opposed to more traditional political documents).

“They didn’t know how to get a grip on it,” the researcher said. “It’s just being able to connect the dots and to know where to work.”

….It is treated as a truism among Republicans that a vast reservoir of damaging opposition research remains untouched. It’s a suspicion that Democrats aren’t challenging. Indeed, one Democratic opposition research said that they’ve spent the past eight months compiling material on Trump as he’s risen up the ranks. That’s actually not a lot of time. Democrats had started focusing on Mitt Romney in 2009 — a full two years before he ran again for the presidency. But those eight months have produced some good.

That researcher estimated that of all the material they’ve compiled — court and property records, newspaper clips and videos — approximately 80 percent of it has yet to surface in this election cycle.

Holy shit. This is malpractice on a grand scale. With all the money sloshing around the primary, nobody could manage to find a few million bucks to put together a professional ratfucking operation? Republicans really are losing their mojo.