I am going to try everyone’s patience this morning. But I’m going to do it with a big pile of charts, so it won’t take all that long to get through it. You’ll have to decide for yourself if it was worth it once you get to my little surprise at the end.

The question, once again, is how worried Americans are about the economy. I’m going to come at this a few different ways, all via the magic of charts. Most of them cover the past four years, with a few going back farther to provide historical perspective. Let’s take a look.

The most obvious source of economic anxiety is the possibility of losing your job. But that doesn’t seem to be a big problem: the data on layoffs and discharges is noisy, but basically flat. Terminations are running at a pretty normal rate. Still, maybe lots of people are worried about not being able to find a new job if they do happen to get fired. But as you can see, job openings have increased at a very steady clip, and that’s matched by more workers quitting their jobs because they have greater confidence that they can find something new. Job stability just doesn’t seem to be a big issue right now. 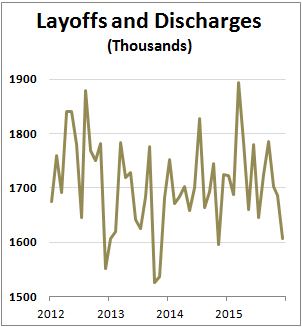 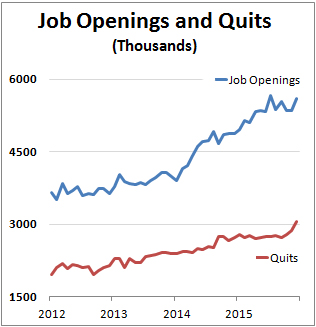 Let’s look at a couple of other things. We already know that unemployment and inflation are both low, so that’s not the problem. Maybe wages are falling? Nope. Wages haven’t gone up very much over the past four years, but they have gone up. The price of gasoline is often blamed for voter frustration, but gasoline prices have dropped like a rock over the past couple of years. No one is getting upset over that. 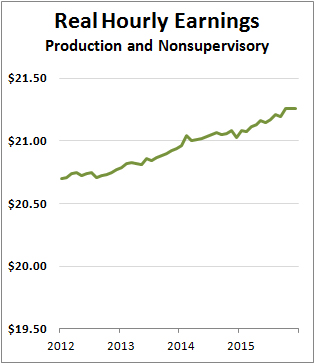 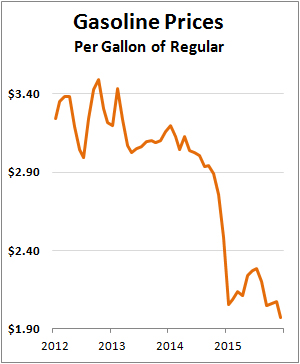 Let’s switch gears. Objective data is all well and good, but we’re not dealing with Vulcans here. How do people feel? According to the Michigan Consumer Sentiment survey, they feel pretty chipper. Their index shows that consumer sentiment is back in the same range it was in during the early aughts. And Gallup agrees. They’ve been polling people about their personal finances for a long time, and one of their questions is whether you’re better or worse off than a year ago. Right now, only about one-third of workers say they’re worse off, which is better than it was during the aughts. 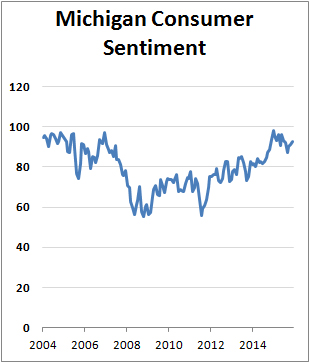 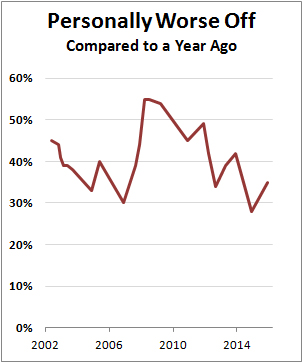 Needless to say, not everything is coming up roses. There are always specific groups and specific areas that produce more heartburn than average. For example: 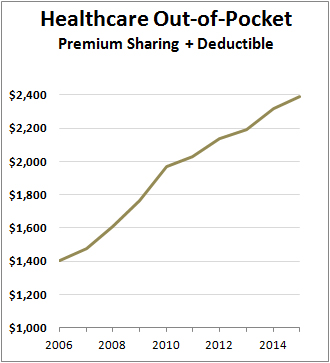 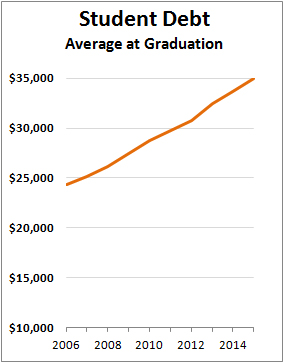 That said, the vast bulk of the evidence indicates that (a) the economy is in pretty good shape in objective terms, and (b) most voters feel pretty good about the economy. As a result, when Gallup asks about personal satisfaction they get pretty cheerful responses. But when they ask about satisfaction with the country, it all goes to hell:

Satisfaction with the direction of the country took a huge nosedive during George Bush’s presidency, and has stayed at historic lows for all of Obama’s. In the past, low satisfaction was caused by recessions, and it rebounded when the recession was over. This time, it was caused by something else, and it failed to rebound when the economy recovered.

Maybe Iraq is to blame. Maybe the mood of the country became sullen when we couldn’t win a clean victory there, and we’ve remained in a funk ever since. Or maybe the more general lack of victory over terrorism has kept everyone on edge. There’s a little bit of evidence for that in the past year, but only a little—and none at all before that.

Or there’s my pet explanation: the economy might be doing OK, but Democrats are afraid to say so because it would make them seem satisfied with a good-but-not-great recovery that hasn’t increased middle-class wages much. So instead they denounce increasing income inequality and focus on the need to get the benefits of growth flowing to the working classes. That may or may not be admirable, but politically it’s a loser. If you have the conservative noise machine and both parties agreeing that the nation’s economy sucks, then people are going to believe the nation’s economy sucks—even if most of them are personally pretty satisfied.

So then: where’s all the seething anger that Donald Trump is supposedly harnessing? We hear about this endlessly on an anecdotal basis, even though the evidence suggests that Americans aren’t really all that angry at the moment. And we’re not talking about just one demographic group here. Trump draws support from men and women; from young and old; from rich and poor; and from all education levels.

Well: the white parts of those groups, anyway. Today I happened to run across a paper that measured each state by its level of racial animus. That got me curious: how would the scores compare with each state’s popular vote for Donald Trump? Answer: pretty well! Massachusetts is sort of an odd outlier, but the rest of the states form a pretty decent regression. I guess now we know what all those Trump voters are pissed off about. 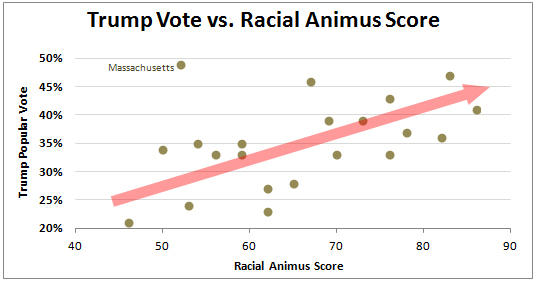