Mike Murphy is a longtime Jeb Bush friend and loyalist, and he’s also the guy who ran Right to Rise, the Super PAC that blew through $100 million in an epically futile effort to sell Bush to the masses. So it’s understandable that he might be a little bitter about the success of Donald Trump, who almost single-handedly destroyed Bush.

Keep that in mind when you read Matt Labash’s long debriefing of Murphy as he was cleaning up the last remnants of the Right to Rise offices a month ago. At the same time, Murphy is neither a rookie nor a naif, and that gives him a deep perspective on what’s changed over the years in the conservative movement. He acknowledges that Republican voters have grown angrier over the past decade, but he blames 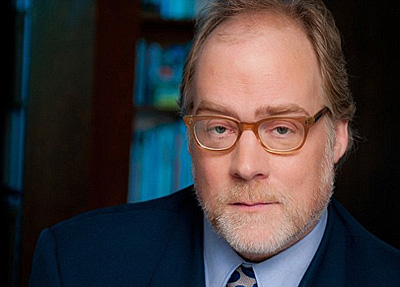 a lot of this on Republicans themselves, aided and abetted by a press that barely understands politics anymore and is eager to jack up its ratings by scaring the hell out of people:

He says a lot of the anger is springing from people’s fears and hard realities — the middle class not getting a raise in a decade. Generally pessimistic older white voters see the demographic shifts and don’t like it. The media are incessantly “sticking red-hot thermometers in lukewarm water and saying, ‘Wow, that water’s pretty hot!’ “

….Still, Murphy adds, the problem with our current antiestablishment climate isn’t that people aren’t correctly identifying problems. It’s that the problem-solvers they’re turning to are bigger snake-oil hustlers than the ones they’re turning away from….Let’s think through Trump, Murphy says. “He doesn’t understand the presidency. You don’t call up the head of Mexico and say, ‘Hey, I’m going to build a fabulous wall with first-class gold toilets and you’re gonna pay for it.’…He has no understanding of presidential powers. He has no understanding of Congress. It’s like putting a chimp in the driver’s seat of a tractor.”

….”Then the problem becomes how are we the world’s reserve currency anymore? We get away with a lot of shit because people think we have a stable system….We borrow a lot of f — ing money. Because people think the number one safest instrument in the world is the U.S. Treasury bond. And if we start making reality-show clowns in charge? Run on the American bank. You think the pissed-off steelworker in Akron has trouble now? Wait until we have a financial collapse and they take 25 percent off the dollar. He’ll be serving hot dogs in an American restaurant in China.”

….Murphy starts waxing philosophic….Everything is so postmodern and meta that “nothing means anything, because everything is what the scam is….So many simpleton reporters — whose depth of knowledge extends to whatever they read in the Real Clear Politics polls average that morning. Fly-by-night pollsters feeding the media, which is creating news so that they can report on it.

….I suggest to Murphy that many of these things he’s decrying have been the tricks of his trade. He’s like a magician denouncing the false-bottomed top hat. “I don’t mind technique,” he says. “I can be shameless. I have a long career at this. But when everything is a short con, then there’s never another short con. Because you need trust, and you’ve destroyed it.“….

….The cable-news business establishment who are, whatever they insist, for Trump, since Trump equals ratings….But just as notable, he points out, is the antiestablishment establishment….”Like, Antiestablishment Inc.,” Murphy says. “You can find them at 123 Establishment Lane, Des Moines, Iowa. Often, they’re involved with the postage meter or credit card machine somewhere for small-dollar donations.“

….Take, for instance, he says, the Tea Party — “a racket, though it’s supposed to be a nonracket,” full of faux four-star generals who say, ” ‘You’ve got to pay me because . . . I represent the Nebraska sub-Army 14 of the Tea Party.’ “…Murphy concedes there are lots of voters who “subscribe to a loose set of principles that D.C.’s broken. They’re tired of the establishment. Tired of people in the racket.” But there’s a racket of people sending them letters asking for money. “The poor old lady sends her $25 to defeat Nancy Pelosi, and $22 of it goes to ‘fundraising costs.’ “

Rick Perlstein in particular has written a lot about how the modern conservative movement has largely turned into a machine for swindling people—especially the elderly. There’s Glenn Beck pitching gold as a hedge against nonexistent hyperinflation. Fred Thompson hawking reverse mortgages. The acolytes of direct-mail pioneer Richard Viguerie setting up operations that scare the bejeesus out of old people but use most of the money they raise to pay themselves and their consultants. The talk radio hosts who repeatedly insinuate that Hillary Clinton murdered Vince Foster—and then quickly break for a commercial. Mike Huckabee peddling diabetes cures and Ben Carson praising the glories of glyconutrients to their evangelical fans. The endless production of simpleminded right-wing books as a handy income stream, some of them with more than the usual whiff of corruption.

Even some conservatives have finally started to recognize that the short con—which is elderly enough that it’s become a long con—is hurting the conservative cause. Mike Murphy is apparently one of them, and he considers the rise of Donald Trump little more than just desserts for a party that’s either tolerated or actively encouraged this behavior for decades. In the end, Trump took a look at the conservative movement and decided that they were amateurs. The big con needs more than talk radio or direct mail or scary ads. It needs national TV provided willingly and often—and Trump knew exactly how that game worked. He’s not running his con any differently than conservatives always have. He just knows how to pull it off way better than they do.