Robert Frank thinks that we can get rich people to support higher taxes by reminding them of how lucky they are:

Underestimating the importance of luck is [] a totally understandable tendency….Most highly successful people are very talented and hardworking, after all, and when they construct the narratives of their own lives, the most readily available memories are the difficult problems they’ve been solving every day for decades. Less salient are the sporadic external events that also invariably matter, like the mentor who helped you during a rough patch in 11th grade or the promotion you got because a more qualified colleague had to turn it down to care for an ill spouse.

….I’ve seen even brief discussions of the link between success and luck temper the outrage many wealthy people feel about taxes….In my own recent conversations with highly successful people, I’ve seen opinions change on the spot. Many who seem never to have considered the possibility that their success stemmed from factors other than their own talent and effort are often surprisingly willing to rethink. In many instances, even brief reflection stimulates them to recall 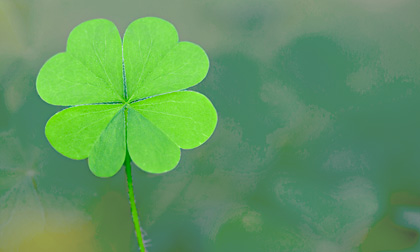 specific examples of good breaks they’ve enjoyed along the way.

I’ve long wondered how it is that so many people are completely clueless about how lucky they are. Off the top of my head, here’s the story of my life:

I was born in the richest state in the richest country in the richest era of human history. I was born white, male, straight, and healthy. I was born with a high IQ and an even temper. My parents loved me and took care of me. We weren’t rich, but I never wanted for anything important. I attended good quality state schools free of charge for 17 years. I never had any catastrophic money problems after I left home. By a rather unlikely chance, I ended up marrying the most wonderful person in the world. I had a great mentor at one job who helped me make an improbable move into high-tech marketing. Later I found myself working for a guy I happened to click with, and ended up vice president of marketing. Our company eventually got acquired and I made a bunch of money. After I left, I just happened to start blogging as a hobby right at the time blogging became big. A couple of years later I got a call out of the blue asking if I wanted to blog for pay. A few years after that I got another call out of the blue and ended up at MoJo.

There’s more, but that’s enough for now. And of course, recently I’ve had some bad luck. But even that hasn’t been so bad. Thanks to all the good luck I had before, I’ve received hundreds of thousands of dollars of top-notch medical treatment at practically no cost.

I can easily believe that most people give short shrift to all this stuff. Hell, I’ve known people who were smug about their real estate acumen because they happened to buy a house in 2002, and then cried about their terrible luck when they failed to sell it in 2007. We all like to fool ourselves into believing that good things are due to our smarts while bad things are all down to bad luck. But for most of us, there’s an awful lot of good luck involved in our lives too.

But here’s the thing I’m interested in: is it really true that pointing this out to a rich person is likely to turn them into a tax-loving supporter of the welfare state? That hasn’t been my experience, but then, I’ve never gone whole hog on the luck argument. Maybe it works! But if it does, we liberals have sure been remarkably negligent for the past few decades. This is a pretty easy argument to make, after all.

So: has anyone (other than Robert Frank) tried this? Ideally with a rich person, but even an upper-middle-class Republican will do. Did it work? Inquiring minds want to know.