Hillary Clinton is famously well briefed, so you can be sure she had no trouble answering questions from the Daily News editorial board. “Look, I’m excited about this stuff,” she said. “I’m kind of a wonky person. I’m excited by it.”

Needless to say, this also meant her interview was spectacularly dull. But after a wonky discussion of her idea for a national infrastructure 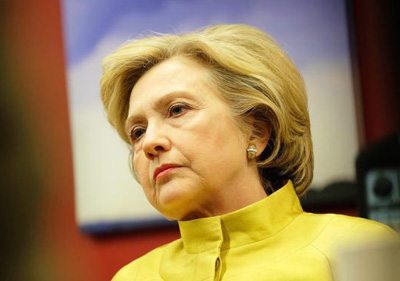 bank, we got at least one revealing tidbit:

Daily News: There are many who believe that the stimulus program that had a lot of infrastructure money was divided up politically.

Clinton: Well, look. Politics has to play some role in this. Let’s not forget we do have to play some role. I got to get it passed through Congress. And I think I’m well-prepared to do that. I was telling you about Buffalo. I got $20 million. Now I got that because it was political. But it worked. And it has created this amazing medical complex. So I don’t disregard the politics, but I believe one of the ways to get to the overall political outcome is by doing a better job than I think was done in the Obama administration, in constantly talking about what this can mean—new jobs, new economic growth and competitiveness.

This isn’t breaking news or anything, but it’s a surprisingly direct defense of plain old politics, which modern politicians are required to condemn with extreme prejudice. Politics is supposed to be the problem, not the solution. It’s why Washington doesn’t work. Too many Beltway folks playing the same old political games.

But as Clinton says, that’s not really true. Like anything, political maneuvering can go too far. But the problem with Washington these days is too little politics, not too much. Bring back earmarks! Bring back logrolling and back-scratching! Bring back carrots and sticks! Bring back conference committees! Bring back a bit of give and take.

You don’t hear politicians defend the grubby business of politics very often these days. It’s nice to hear it once in a while.