I guess I’m finally curious enough about something to write a post about it. The subject is The Kids Today. Here are a couple of recent posts from Atrios:

I know I keep returning this subject, and I probably don’t have anything especially new to say about it, but I guess support for Bernie by The Kids Today has brought a lot of it out recently. I’m increasingly amazed that The Kids Today seems to include anyone under 40, and that the olds (#notallolds) hate them with white hot passion. The Kids Today are Generation 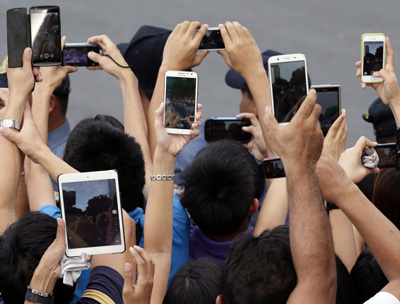 Screwed, and the Old Economy Steves of the world really should shut their pie holes.

Hope to be wrong, but suspect that team Clinton (very broadly defined) will still be talking about Berniebros in September. I’m quite happy for Hillary Clinton to be the nominee, as I always thought she would be. I’m not happy with the months of “we would have won it easy if not for these meddling kids who won’t vote in November” rhetoric. Better figure out how to appeal to them. Stop calling them immature and stupid. The goal is to win, not to make early excuses for why you’re going to lose.

I realize that our personal takes on this subject are strongly influenced by which blogs/tweets/etc. we happen to read, and Atrios and I are probably reading different stuff. But I still wonder where this is coming from. Do older folks really hate millennials with a white hot passion? Is Team Clinton obsessed with Berniebros? I just don’t see it. What I’ve seen is a competitive primary where both sides have been sniping at the other, just like 2008. And now that it’s over, the sniping will fade away. Just speaking personally, my Twitter feed and general reading list has been about equally full of rancor aimed at both sides. The youngs are starry-eyed idealists; the olds are corrupt sellouts. Berniebros are disgusting; Hillarybots are cutthroat. Bernie is clueless about how to get things done; Hillary is a warmonger. Etc.

If you yourself are a millennial, I suppose it’s only natural to pay special attention to every single op-ed ever written on the subject of millennials. But I don’t think this particular genre is any more prevalent today than op-eds about young Gen Xers a couple of decades ago or op-eds about young boomers back when I was graduating from college. They’re no more critical, either. Just the same old stuff about middle-aged folks trying to understand younger folks, sometimes with sympathy and sometimes without.

I guess I’m doing that annoying oldster thing where I use my personal experience to shrug off what’s happening today as just more of the same. But honest, I wouldn’t do it if I saw endless streams of criticism of Bernie and Bernie supporters—and millennials in general—that truly seemed way out of proportion to what I’ve seen before. But I just haven’t.

As for Hillary, I can guarantee that the only thing she and her team want from millennials is their support. That’s been crystal clear from the start, and the fact that there are some assholes on her side doesn’t change that. There are always assholes on all sides. But Team Hillary itself, even broadly defined, has no greater desire than to prove itself to millennials and get their votes in November. Just wait and see.