Is multitasking finally getting the reputation it deserves?

Multitasking, that bulwark of anemic résumés everywhere, has come under fire in recent years. A 2014 study in the Journal of Experimental Psychology found that interruptions as brief as two to three seconds — which is to say, less than the amount of time it would take you to toggle from 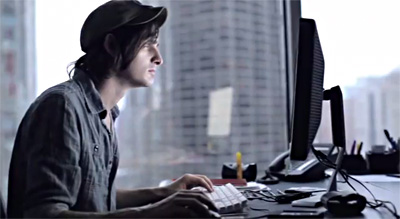 this article to your email and back again — were enough to double the number of errors participants made in an assigned task.

….But monotasking, also referred to as single-tasking or unitasking, isn’t just about getting things done….“It’s a digital literacy skill,” said Manoush Zomorodi, the host and managing editor of WNYC Studios’ “Note to Self” podcast, which recently offered a weeklong interactive series called Infomagical, addressing the effects of information overload. “Our gadgets and all the things we look at on them are designed to not let us single-task. We weren’t talking about this before because we simply weren’t as distracted.”

Anyone who has coded—or worked with coders—knows all about this. They complain constantly about interruptions, and with good reason. When they’re deep into a problem, switching their attention is costly. They’ve lost their train of thought, and it can take several minutes to get it back. That’s not much of a problem if it happens a few times a day, but it’s a real killer if it happens a few times an hour.

Not all jobs require as much concentrated attention as coding, but it’s probably more of them than most people think. More generally, the ability to focus on a single task for an extended period is a talent that’s underappreciated—especially by extroverts, who continue to exercise an unhealthy hegemony over most workplaces. Sure, the folks who want to be left alone are the ones who actually get most of the work done, but they’re still mocked as drones or beavers or trolls. That’s bad enough, but now technology is helping the extroverts in their long twilight campaign against actually concentrating on anything. There are times when I wonder if we’re starting to lose this talent altogether. Probably not, I suppose—something like this probably can’t change all that appreciably over the course of just a few years, no matter what kind of technological miracles are helping us along.

But we sure are hellbent on helping it along. Open office plans, cell phones, constant notifications: these are all things that fight against sustained attention on a task. For some people and some tasks, that doesn’t matter. But for a lot of important work, it matters a lot. Smart hiring managers in the modern world should be asking, “How long can you concentrate on a task before you have to take a break?” I wonder how many of them do?