Why don’t we see more terrorist attacks like the one in Orlando? They’re cheap, effective, and all but impossible to defend 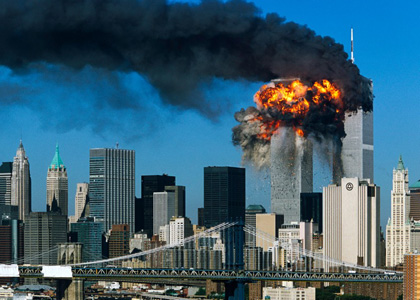 against. Megan McArdle has asked experts about this:

To summarize their collective responses: You have to think of a terror attack as having multiple audiences. First, there are the people you are trying to terrorize. Second, there are the people you are trying to recruit to carry out more terror attacks. And third, there are the people you want to give you money to finance your attacks. The first group can be terrorized by any number of means. But the second and third groups are most drawn to attacks that are grand in scale and paramilitary in tactics, and they are most impressed by attacks on high technology, such as airplanes, and famous buildings, such as the World Trade Center. Thus, terrorists do less overall damage than they could, because they spend a lot of energy attacking well-known targets that are fairly hardened.

I’d add another constraint. Most mass shootings and car bombings require something that’s in short supply: people willing to die for their cause (or, in a few cases, spend the rest of their lives in prison for their cause). Even among the most extreme reaches of jihadism, there are fewer folks willing to commit suicide than you might think, and you can’t afford to waste them on small attacks. You need to use them on big stuff.

I’ve always thought this was the gating item. It’s absolutely true that in America, at least, it’s trivially easy to buy the means of mass slaughter—a gun with a large magazine and a fast firing rate—and learn how to use it. It’s also easy to find soft targets: night clubs, PTA meetings, church services, weddings, etc. If you could recruit a small army of terrorists truly willing to train for these jobs (which generally requires a certain minimum of self discipline) and then carry them out in the face of almost certain death (which generally requires a certain minimum of reckless volatility), the potential damage would be huge.

We’ll be in real trouble if we ever get to the point where that small army exists—which is why it’s important to make sure we never get there. This is not something the military can do: they can’t make people less angry, and they can’t kill every angry person. Nor is it something the FBI can do. They can try to track angry people and intercede before they kill anyone, but they’ll never be able to ID more than a fraction of them.

One way or another, the only real answer to this dilemma is to reduce the number of young men who become so angry they’re willing to die for a cause. So what’s the best way of doing that? Every national politician should have an answer to that question. Immigration bans and air strikes may sound appealing, and they might even work in the short term, but they’re just fingers in the dike. In the end, reducing the supply of angry young men is the only real solution.

What’s your best idea for accomplishing that?