Why? Because it emanates from a place of—what? White-collar privilege? Creative-class privilege? Or maybe just plain old class privilege. Basically, it comes from people who assume that we all have jobs that allow us to keep a TV on in the background all the time. And for people like that, it makes sense to want the Olympics live and unedited.

But most people don’t have jobs like that. They get up, they go to work, they come home, and the only chance they have to watch the Olympics starts around 6 or 7 at night. So what do they want? Whatever random 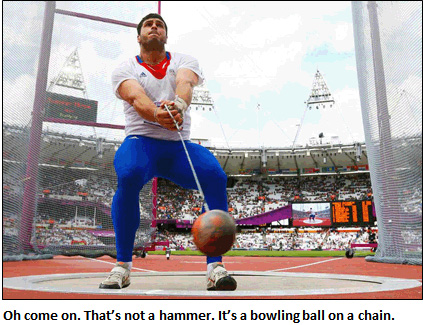 stuff happens to be live at the time? Of course not. They want to see all the stuff that’s happened throughout the day.

And no, they’re not equally fascinated by any old sport, just for the sheer thrill of watching the best of the best compete against each other. Nor are they devotees of the hammer throw or epee—the more obscure the better for the hipsters of Olympic viewing. They only watch this stuff every four years or so, and they mostly want to see swimming and gymnastics and track. They don’t know any of the athletes, so they like the little mini-docs that get them up to speed on who they are and what they’ve been through—even if those segments do promote gauzy narratives aimed mostly at women. And they’re Americans, so they mostly like to see events where Americans are favored.

Does that make them a bunch of rubes? I don’t think so, though your mileage may vary. They’re just ordinary people. And they’re the ones that NBC televises the games for. Not for the one or two million of you who swear you want the games live so you can watch the hammer throw at 10 in the morning.

In other words, give it a rest. We all know how smart and sophisticated you are. We all know you have nice desk jobs where no one minds if you keep a streaming feed going all day long in a corner of your computer display. We all know you’re a big, big fan of the hammer throw.

That’s all fine. But keep it to yourself. Most of the country just doesn’t have the opportunity to follow your lead. They’ve got jobs, dinners to make, and kids to put to bed. Give them a break.