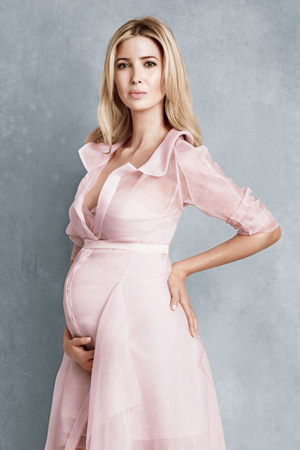 Here’s what we’ve all been waiting for: Donald Trump’s maternity leave proposal. It is, we are told, the result of consultations with his expert on women’s issues, Ivanka Trump:

Mr. Trump’s proposal calls for allowing taxpayers—both those who take the standard deduction and those who itemize deductions—to deduct child-care expenses up to an amount equal to the average cost of care in their state….The proposal also calls for providing six weeks of paid maternity leave through unemployment benefits to parents whose employers don’t offer paid maternity leave….The Trump campaign said the cost of his paid-leave policy would be offset by reducing waste and abuse in the unemployment insurance program. The Trump proposal also would offer “spending rebates” of up to $1,200 a year to lower-income families through the Earned Income Tax Credit.

This is, as usual, as clear as mud. On the maternity leave front, we apparently have a one-sentence proposal: six weeks of leave “through unemployment benefits,” whatever that means. Does it mean that new mothers will simply receive normal unemployment benefits for six weeks? That maxes out at $450 per week—or $2,700 for six weeks—which is about half of the median weekly earnings level.

As for the cost, well, who knows? But let’s take a rough swag. There are about 4 million births per year in the United States. Figure 70 percent of women are in the labor force and 90 percent don’t get employer maternity leave. That gets us to 2.5 million women eligible for Trump’s program, and on average each will get a total of, oh, let’s say $2,000 or so. That comes to $5 billion.

And how will it be paid for? By reducing “waste and abuse” in the unemployment insurance program. Again, let’s take a rough swag at this. Total benefits in 2016 are projected to come in at $32 billion. Of that, about 10 percent represents overpayments, or $3.2 billion. A vigorous program could probably cut that by half, saving $1.6 billion. Finally, the federal share of UI is roughly 20 percent, so that means the feds would save about $0.3 billion.

So it seems like Trump is a wee bit short—not that he cares, I’m sure. In his world, one takes the word for the deed. As for his child-care program, it’s hard to analyze. As a tax deduction it would mostly benefit the middle class and above. However, he’s also offering something or other through the EITC. How would this all add up? Beats me, and I doubt that it will become any clearer when we see his program details.

Still, snark aside, at least he’s accepting the principle that we ought to help out new mothers with maternity leave and child-care expenses. Will any other Republicans follow his lead?