I’m experimenting with letting our cats outside, but only under tight supervision. That means I’ve been away from the computer for the past hour, so let’s check up on what’s happening. The biggest news, of course, is the introduction of the fabulous new iPhone 7:

Why remove the headphone jack? “It really comes down to one word: courage,” says Phil Schiller https://t.co/OI870rTuFM

Hell yes. What could be more courageous than making everyone buy a brand new set of Apple-branded headphones? But here’s what I don’t get: what if you want to listen to music at the same time you’re charging your phone? I guess that doesn’t happen too often, but it happens sometimes. Are you just screwed?

As a former marketing person, I’m truly in awe of the Apple marketing machine. The amount of press they’re getting for this event is staggering, despite the fact that the iPhone 7 hardly has any new features, and the ones it does have were mostly leaked months ago. Interestingly, though, they’re making some potentially significant changes to their camera, including a feature that (we’re told) produces lovely bokeh effects. Bokeh is the fuzzy, out-of-focus background you get in professional pictures, and it’s the bête noire of small digital cameras, which simply can’t replicate it with tiny lenses and tiny sensors. Presumably Apple is creating simulated bokeh with software, the same way I can do it in Photoshop. However, for folks who just want to take pictures and don’t want to dick around with Photoshop, this is a nice feature.

Next up is Benghazi!™

What does thin mean? It means that out of 30 “new” emails, all of them have already been released except one: “a flattering note sent by a veteran U.S. diplomat following her testimony on Benghazi before a Senate panel in January 2013.” Quelle horreur! I await the true story of what this means from Andy McCarthy.

Trump is in the news too:

It is traditional in politics to promise more than you can deliver. But I have to give Trump credit for realizing the he could take this much farther than any politician ever has. He understands that you flatly don’t need to bother with reality at all. Just promise everything and claim that it will all be easy, a total piece of cake once the government isn’t staffed by morons. The voters will eat it up and the press will shrug. Who knew?

Finally, here is Hopper in the great outdoors: 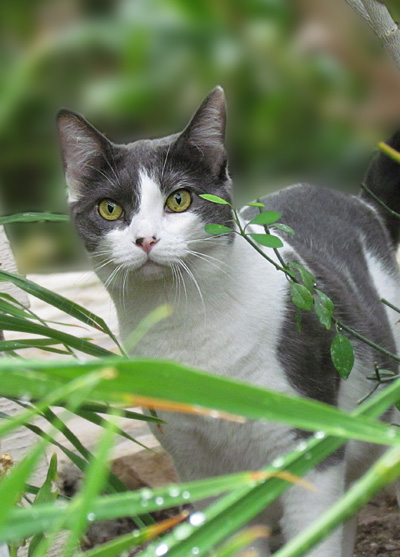 Note the fake bokeh in the background. It’s a pain in the ass to even get this much in Photoshop, and real bokeh is better. If Apple can automatically produce high-quality bokeh in the camera by using the raw image data, I think we can count on every other smartphone manufacturer following suit very quickly.