I had not taken seriously the possibility that Donald Trump could win the presidency until I saw Matt Lauer host an hour-long interview with the two major-party candidates. Lauer’s performance was not merely a failure, it was horrifying and shocking….Most voters, and all the more so undecided voters, subsist on a news diet supplied by the likes of Matt Lauer. And the reality transmitted to them from Lauer matches the 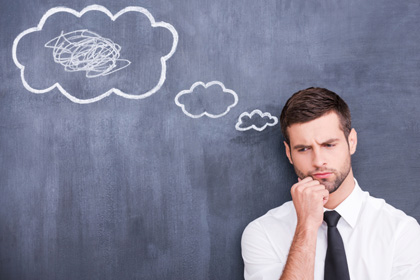 reality of the polls, which is a world in which Clinton and Trump are equivalently flawed.

What Donald Trump said at Wednesday night’s Commander-in-Chief Forum on the aircraft carrier was shocking. He specifically defended Vladimir Putin as superior to Barack Obama, suggested women serving in the military should expect to be raped, hinted at a political purge of the officer corps, blatantly lied about his own past statements on Iraq and Libya, and called on the American military to commit war crimes.

….But this isn’t a media story. It’s a Trump story. And it’s about whether we, and the American public, are willing to stay shocked. We’re used to Trump’s lying and his nonsense because we’ve been hearing it for a long time. But it’s not normal.

And finally, for the win, here is Nancy LeTourneau:

Every now and then I have a “moment.” It tends to come when I realize that the Republican Party of the United States of American has nominated a guy to lead the most powerful nation on the planet who talks like this.

When those moments hit, I literally get speechless. I subsequently see headlines that talk about how the polls are narrowing or about pundits trying to suss out what a President Trump would REALLY do on immigration and imagine that I must have fallen into some worm hole in which an alternate reality exists simply to mock us.

This can’t really be happening, can it?

LeTourneau’s reaction is precisely mine. Sure, I can churn out blog posts about Trump that are alternatively snarky, shocked, analytical, etc. And God knows, millions of words have been spilled trying to explain the guy. But on the occasions when I stop to really think about this election, my mind goes sort of fugue-like. My mental state is something like this:

What the fuck is going on? Donald Trump! Donald fucking Trump! He’s a jackass reality TV star. He’s goddamn clueless. For fuck’s sake, this can’t be happening. Can it? Fucking fuck. Why isn’t anyone calling it out? It’s like Alice in fucking Wonderland. How can we be doing this? Fuck fuck fuck fuck fuck.

I guess you can see why I don’t generally share these moments with you—though I shouldn’t really call them moments. This internal narrative is pretty much in my head every time I write a post about Trump. I just suppress it in order to get some G-rated words onto the blog.

I have a feeling Nancy and I are far from alone in feeling this way. And it’s a first. I obviously haven’t been a fan of any of the GOP’s recent presidential candidates, but I’ve never felt this way before. We are well and truly down the rabbit hole.