Here’s a weird—and yet totally unsurprising—story. It starts like this:

Martin Kelly Jones, a co-owner of Shipping & Transit, said the tracking of e-commerce packages relates to an idea he came up with in the 1980s to notify families of arriving school buses….Mr. Jones, who lives in Vancouver, British Columbia, said he came up with the idea for a “vehicle notification system” in 1985 in Atlanta, after seeing a young girl waiting for a school bus on a rainy morning. He later formed a company to develop 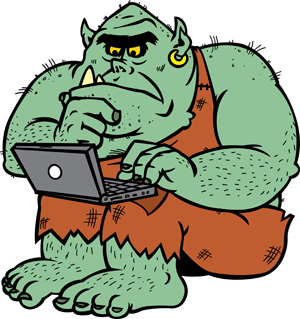 technology, involving hardware for buses, that could notify people their bus was arriving.

Apparently this idea went nowhere. But that doesn’t mean it was a waste of time. Not at all. Jones then started up a company called ArrivalStar, later renamed Shipping & Transit:

Claiming patents “for providing status messages for cargo, shipments and people,” the company or a predecessor have sued dozens of major retailers as well as delivery giants FedEx Corp. and United Parcel Service Inc., according to court records. The companies have extracted millions of dollars in payments, said people familiar with the legal actions.

….Anthony Dowell, a patent attorney who used to represent ArrivalStar, said he helped it win more than $15 million in license fees between 2009 and 2013 from over 200 parties, including municipalities and providers of shipping services. He said the patents he focused on expired in 2013.

The success of this business is unclear. UPS decided to buy a license, and apparently FedEx did too. The Postal Service didn’t. Local transportation agencies maybe did and maybe didn’t. It’s unclear. In any case, S&T is currently focusing all its attention on tiny little companies that don’t have the means to fight back:

Spokesmen for UPS and the Postal Service said their agreements with ArrivalStar, Shipping & Transit’s predecessor, should cover their customers’ use of technology….[Jones] said using FedEx’s or UPS’s notification system would cover a shipper, but it might still need to buy a license if it provided any additional information, such as telling buyers an order has been filled.

“The second you are using technology beyond what a licensee has, you need a license from us,” he said.

So if you send notifications telling customers that their orders have been filled, S&T will sue you for $25,000. Why? Because they claim to have patented this idea if it’s done via some kind of computer network. In all this time, however, the patent has never been tested in court. It’s never been worth anyone’s time.

This. Is. Ridiculous. If you call your customer on the phone, it’s fine. If you send them an email, you’ll get sued. It’s hard to conceive of anything stupider.

Get rid of software patents. All of them. Right now.