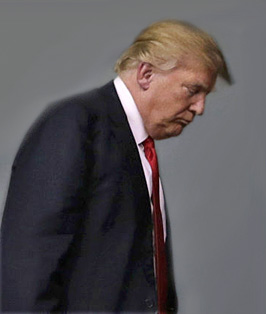 Obviously Pussygate has to be addressed at tomorrow’s debate. In theory, all the questions will come from the audience, but I’m assuming the moderators will open things up with a question or two of their own. My recollection—possibly mistaken—is that this is how past town-hall style debates have worked.

I hope so, anyway, because that will give them a chance to ask Trump the right question. They need to ask not about Donald Trump’s lewd comments, but about his actual behavior. On the tape, Trump says “You know I’m automatically attracted to beautiful ? I just start kissing them….And when you’re a star they let you do it. You can do anything. Grab ’em by the pussy. You can do anything.“

It’s been obvious for a long time that the Republican Party has a big demographic problem: their core base is white voters, but the country is getting less and less white every year. Republicans are well aware of this, and have worked assiduously to overcome this weakness. In the early 90s, they zealously pursued pack-and-crack gerrymandering to create more majority-white congressional districts. A few years later Fox News came along, dedicated to nurturing the GOP’s white base. George Bush and Karl Rove squeezed the last few drops out of the white evangelical community. Finally, in the late aughts, Republican legislatures passed a raft of voter ID laws in a last ditch attempt to suppress the non-white vote by a point or two.

But that was it. What more could they possibly do? The answer, to my surprise, was to nominate a man who was a straight-up bigot, and then run a campaign that was only a hair’s breadth from being openly white nationalist. But it didn’t work. Even in a Republican year against a flawed opponent, Donald Trump 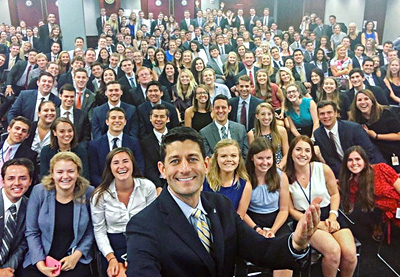 has lost as much as he’s gained from his bald-faced appeal to whites. And now that his defeat is all but certain, the question hanging over the GOP is simple: what’s next?

It’s now plain—beyond any doubt—that Republicans can no longer win the presidency with only their white base. But after Hurricane Donald’s performance this year, they’re even further in the hole with minorities than ever. And there’s really no sense that their white base is ready to accept a more minority-friendly party anyway. Past attempts at “post-mortems” and “autopsies” that recommended even bare minimum amounts of outreach to women and minorities were quickly and thoroughly crushed.

I’m kind of curious: how do you think the whole “grab ’em by the pussy” affair would have played out if we’d had a transcript but no tape? The same? Or would it have dropped quickly out of sight without some audio and video to play constantly on cable news? I’d guess the latter. The power of sound and images has always been strong, but in the past couple of decades it’s become simply immense. “Photo or it didn’t happen” is a bit of a Twitter/Instagram/Snapchat joke, but it’s not really much of a joke anymore.

Last month, after Donald Trump Jr. decided to compare refugees to a bowl of Skittles, the Mars Corporation felt obligated to tweet a response. So naturally, now that Tic Tacs are on a 24/7 cable loop as Donald Trump’s favored breath mint before assaulting women, they too feel the need to put out a statement:

Tic Tac respects all women. We find the recent statements and behavior completely inappropriate and unacceptable.

Which colorful pellet-shaped food item will be next?

From a purely political perspective, should Democrats root for Trump to drop out of the race? On the one hand, it would throw the Republican Party into total chaos. That has to be good for Team D. On the other hand, it would allow Republicans to start fresh with a new candidate who wasn’t a huge albatross around their necks. On the third hand, it would demoralize Trump’s core supporters, who might stay home entirely and leave the field wide open for downballot Democrats to win a landslide victory. On the fourth hand, Hillary Clinton is none too popular, and a Trumpless GOP might very well re-attract a lot of moderate voters who have steadily defected thanks to Khan-Curiel-Machado-$916-Million-gate