It’s 23 days until this sordid campaign finally ends. Polls currently suggest that (a) Hillary Clinton will become president, (b) Democrats will regain control of the Senate, and (c) Republicans will maintain control of the House. Let’s 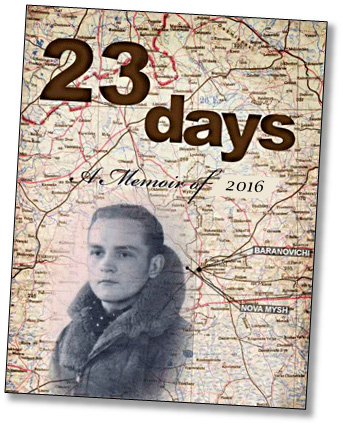 assume that’s how things turn out. What happens next? A few things:

This means that the next four years depend entirely on Paul Ryan. So what will he do? I maintain that this is a very open, very interesting question.

I’ve gotten some pushback lately for a couple of posts where I’ve gone soft on Ryan. But here’s the thing: when it comes to Ryan’s budget policies, I have nothing but contempt for him. Here’s a typical post of mine from a few years ago, and there are plenty more just like it. But it’s foolish to insist that simply because someone disagrees with my politics they’re either stupid or irredeemably evil. Ryan is neither.

So what will Ryan do? One possibility, of course, is that he’ll take the simplest route: endless obstruction, just like 2009. Republicans may be a divided party, but one thing they all agree on is that they hate Hillary Clinton and they want to prevent her from doing anything.

But there’s another possibility. Ryan is not a racial fearmonger. He’s always been open to immigration reform. He’s consistently shown genuine disgust for Donald Trump. He’s been open to making low-key deals in the past. He’s smart enough to know precisely the depth of the demographic hole Republicans are in. And despite being conservative himself, he may well realize that the GOP simply can’t stay in thrall to the tea party caucus forever if it wants to survive. On a personal level, he saw what they did to John Boehner, and he may well be sick and tired of them himself.

It’s also possible that he wants to run for president in 2020, and if that’s the case he’ll do better if he has some real accomplishments to show over the next four years. Running on a platform of scorched-earth obstruction might get the tea partiers excited, but that’s not enough to win the presidency.

So maybe Ryan decides that now is the time to try to reform the Republican Party. Once he wins the speakership again, he makes clear to the tea partiers that they’re finished as power brokers: he’s going to pass bills even if it means depending on Democratic support to do it. He reaches out to women and minorities. He passes immigration reform. He makes sure that budgets get passed and we don’t default on the national debt. He works behind the scenes with Hillary Clinton in standard horsetrading mode: she gets some things she wants, but only in return for some things conservatives want.

This could go a long way toward making him the next president of the United States. If he plays his cards right, Clinton might suffer with her base for selling them out on some of the deals she makes. Ryan will get the tea partiers under control and have some accomplishments to run on. He’ll soften the nonwhite disgust with the party enough to pick up some minority votes. Maybe the economy helps him out by going soft in 2019. And he’s already got good looks, youth, and an agreeable speaking style going for him.

So which Paul Ryan will we get in 2017? The movement conservative who breathes fire and insists that Hillary Clinton will never get one red cent for any of her satanic priorities? Or a conservative but realistic leader who’s willing to make deals as a way of bringing the Republican Party back from the brink of destruction that Donald Trump has led them to?

If it’s the latter, this presents liberals with a real quandary: just what are they willing to give Ryan in return for passage of some of their priorities? That’s worth some thought just in case Ryan decides to take the smart route.