Guess what? It turns out that Vladimir Putin really did think that the best way to cripple America was to get an incompetent buffoon like Donald Trump elected president. Smart man. Here’s the Washington Post: “The CIA has concluded in a secret assessment that Russia intervened in the 2016 election to 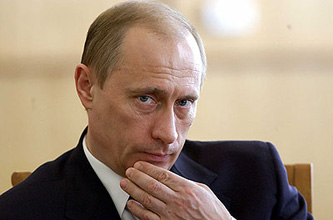 help Donald Trump win the presidency, rather than just to undermine confidence in the U.S. electoral system, according to officials briefed on the matter.”

The New York Times adds this: “They based that conclusion, in part, on another finding — which they say was also reached with high confidence — that the Russians hacked the Republican National Committee’s computer systems in addition to their attacks on Democratic organizations, but did not release whatever information they gleaned from the Republican networks.“

Donald Trump’s transition team thinks the intelligence community is full of crap, and we should ignore them and move on. “The election ended a long time ago,” they said in a statement, “in one of the biggest Electoral College victories in history.”

Oh really? Let’s interrupt our story about the greatest act of ratfucking in history for an aside about how Trump really did: 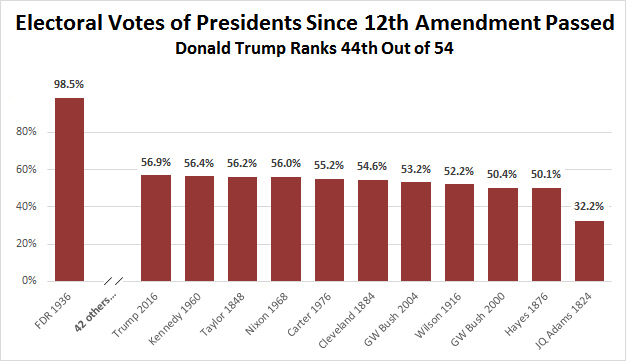 The good news, I guess, is that Trump has given up on claiming that he won a great victory in the popular vote. The bad news is that he’s simply switched to lying about his Electoral College victory.

Now back to Putin. I’d say that given Trump’s apparent inability to ever utter the truth—along with the odd coincidence that Trump just happens to be pro-Russia on nearly every issue Russia cares about—it might be smart to at least take a peek at what the intelligence folks have to say. Especially since the Post story also says this:

In September, during a secret briefing for congressional leaders, Senate Majority Leader Mitch McConnell (R-Ky.) voiced doubts about the veracity of the intelligence…and made clear to the administration that he would consider any effort by the White House to challenge the Russians publicly an act of partisan politics.

So McConnell really did Trump a solid, didn’t he? And guess what? It turns out that Trump thinks McConnell’s wife is the best qualified person in the whole country to be his Secretary of Transportation! Just another coincidence, I’m sure.