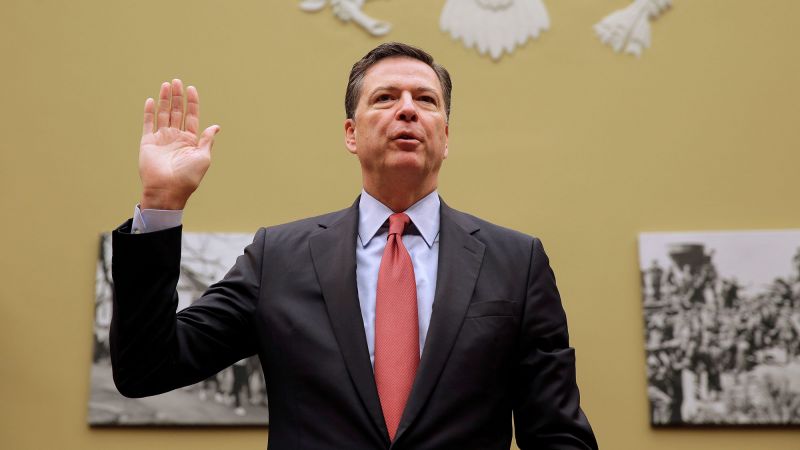 At the Washington Post today, Sari Horwitz has a long tick-tock about James Comey’s conduct during the presidential election. Much of it is about the strained relationship between Comey and Attorney General Loretta Lynch, but it starts out like this:

Twelve days before the presidential election, FBI Director James B. Comey dispatched a senior aide to deliver a startling message to the Justice Department. Comey wanted to send a letter to Congress alerting them that his agents had discovered more emails potentially relevant to the investigation into Hillary Clinton’s private email server.

….Federal attorneys scrambled into offices on the fourth and fifth floors of Justice Department headquarters, where they huddled to figure out how to stop what they viewed as a ticking time bomb. “It was DEFCON 1,” said an official familiar with the deliberations. “We were in­cred­ibly concerned this could have an impact on the election.”

….Weeks before the letter, Comey had advised against the Obama administration public statement admonishing Russia for the Democratic Party hacks, arguing it would make the administration appear partisan too close to the election. But to him, the Clinton email investigation was different. Battered by Republican lawmakers during a hearing that summer, Comey feared he would come under further attack if word leaked about the Clinton case picking up again.

If Horwitz has the right read on this, Comey released his bombshell letter largely because Republicans had blistered him so viciously earlier in the year over his decision not to recommend charges against Hillary Clinton. Comey “feared he would come under further attack” if anyone found out about the new email archive, and that was what made up his mind. Quite the profile in courage, no?

Also, he knew he had a rogue group in New York who were so rabidly anti-Clinton that they’d leak the news if he didn’t. Rather than rein them in, as he should have, he caved in instead. Quite the management hero, no?

Horwitz also tells us that Comey was “surprised by the intensity of the reaction to his letter.” Seriously? This is a guy who’s been part of the criminal justice arm of the government for decades. He’s a master at navigating the shoals of DC politics. What’s more, everyone in the world was telling the FBI that releasing the letter would be astounding, unprecedented, and dangerous. It was “DEFCON 1.” And Comey was surprised that a letter about Clinton’s email twelve days before the election would cause a stir? This beggars the imagination, no?

In 2000 the Supreme Court appointed the president of the United States. In 2016 the Director of the FBI did it. At this point, I’d actually be happy to leave things up to the Electoral College. At least Democrats have a fighting chance there.