Paul Krugman notes today that all of us coastal elites actually do more for the recently famous white working class than Republicans do, but the working class folks still don’t like us because they think we look down on them. He’s a little puzzled about this:

Do the liberals sneer at the Joe Sixpacks? Actually, I’ve never heard it — the people I hang out with do understand that living the way they do takes a lot more money and time than hard-pressed Americans have, and aren’t especially judgmental about lifestyles. But it’s easy to see how the sense that liberals look down on regular folks might arise, and be fanned by right-wing media.

I’m not here to get into a fight with Krugman, but come on. Sure, the right-wing media fans the flames of this stuff, but is there really any question that liberal city folks tend to sneer at rural working-class folks? I’m not even talking about stuff like abortion and guns and gay marriage, where we disagree over major points of policy. I’m talking about lifestyle. Krugman talks about fast food, and that’s a decent example. Working-class folks like fast food,1 which explains why Donald Trump liked to show pictures of himself 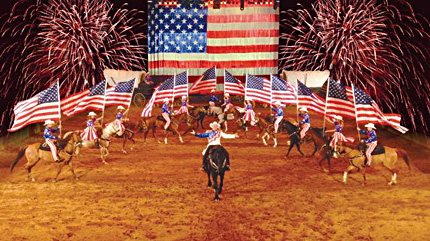 eating McDonald’s or KFC. It’s a sign that he’s one of them. Ditto for Trump’s famous trucker hat. (Did you even know that it’s a trucker hat, not a baseball cap? He did.)

Again: come on. Maybe you personally don’t do it—though judging from the comments here, a lot of you do—but you hardly need to be an anthropologist to recognize that this kind of sneering shows up on TV, in newspapers, on Twitter, in books, on Facebook, and in private conversations all the time. It’s hard to believe that anyone is really blind to this.

Now, it’s true that they also sneer at us. Fair enough. But as all good liberals know, there’s a big difference between a powerful group sneering at a vulnerable group, and vice versa. The former is a far bigger problem. And we educated city folks are, on average, far richer and more powerful than ruralish working-class folks. Our sneering has a power component that theirs doesn’t. I confess that it’s fun, and I enjoy my share of sneering in private, but I also accept that this attitude has political costs.

Anyway, I’m curious: do you accept this? Is it as obvious to you as it is to me? Or do you think I’m overstating things? Do I really need to make my case in more detail?

1So do I. Except for McDonald’s.