The more we learn about the Russian plot to sabotage Hillary Clinton’s campaign and elect Donald Trump, and the failure of the FBI to adequately respond, the more shocking it gets….I was surprised to read in the New York Times that when the FBI discovered the Russian attack in September 2015, it failed to send even a single agent to warn senior Democratic National Committee officials. Instead, messages were left with the DNC IT “help desk.”

….Comparing the FBI’s massive response to the overblown email scandal with the seemingly lackadaisical response to the very real Russian plot to subvert a national election shows that something is deeply broken at the FBI.

[FBI Director James] Comey justified his handling of the email case by citing “intense public interest.” He felt so strongly that he broke long-established precedent and disregarded strong guidance from the Justice Department with his infamous letter just 11 days before the election. Yet he refused to join the rest of the intelligence community in a statement about the Russian cyberattack because he reportedly didn’t want to 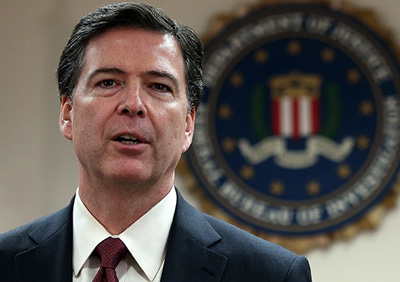 appear “political.” And both before and after the election, the FBI has refused to say whether it is investigating Trump’s ties to Russia.

I’m surprised that Democrats have been so muted about the FBI’s role in the election. If something like this had happened to Republicans, it would be flogged daily on Rush, Drudge, Fox News, Breitbart, the Wall Street Journal, and the Facebook pages of everyone from Sarah Palin to Alex Jones. But Democrats have been almost pathologically afraid to talk about it, apparently cowed by the possibility that Republicans will mock them for making excuses about their election loss.

Any one of these things could be just an accident. Put them all together, and you need to be pretty obtuse not to see the partisan pattern. In every single case, Comey and the FBI did what was best for Republicans and worst for Democrats. In. Every. Single. Case.

If you want to believe this is just a coincidence, go ahead. But nobody with a room temperature IQ credits that. The FBI has spent the entire past year doing everything it could to favor one party over the other in a presidential campaign. Democrats ought to be in a seething fury about this. Instead, they’re arguing about a few thousand white rural voters in Wisconsin and whether Hillary Clinton should have visited Michigan a few more times in October. 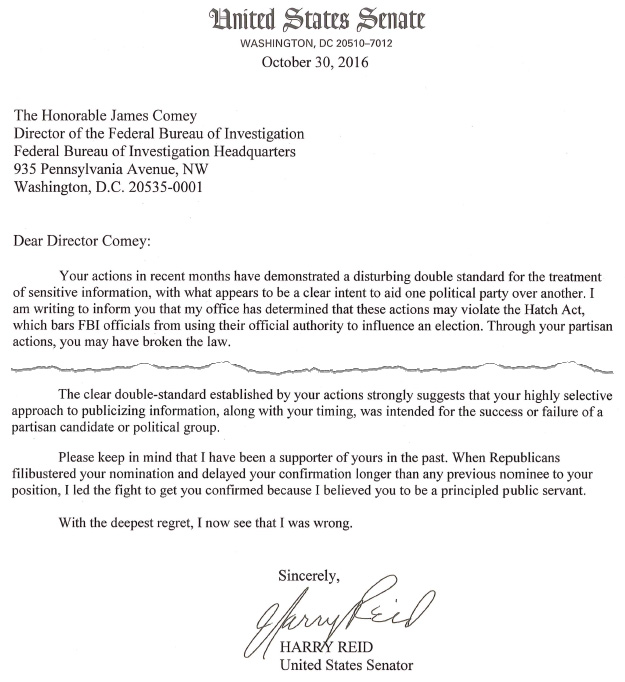