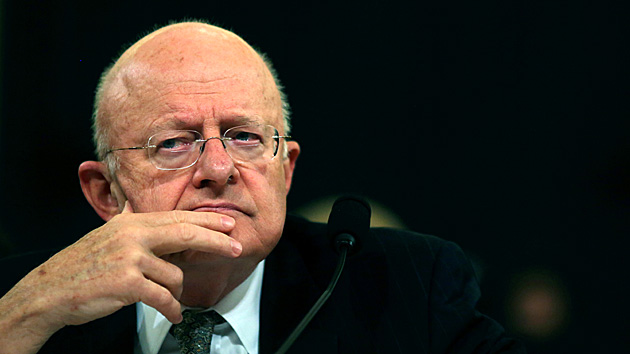 Director of National Intelligence James Clapper said today that the intelligence community believed “more resolutely” than it did three months ago that Russia was behind a campaign of cyberattacks during the presidential election. The LA Times reports on his testimony before Congress:

Three U.S. spy chiefs testified publicly for the first time Thursday that the Kremlin’s most senior leaders approved a Russian intelligence operation aimed at interfering in the U.S. presidential race, a conclusion that President-elect Donald Trump has repeatedly challenged.

….“We assess that only Russia’s senior-most officials could have authorized the recent election-focused data thefts and disclosures, based on the scope and sensitivity of the targets,” they wrote in joint remarks submitted for the hearing.

….U.S. intelligence analysts have concluded that the Russian cyber operation sought to damage Democratic nominee Hillary Clinton’s presidential campaign and to help Trump’s bid for the White House. Clapper did not confirm that judgment Thursday, although he indicated it would be included in the classified report. “Yes, we will ascribe a motivation,” he said. “I’d rather not preempt the report.”

I don’t have anything to say about this since, obviously, I don’t know any more than what Clapper told us. We’ll just have to wait for the unclassified report and see what it says.

But I will comment on one thing: aren’t liberals supposed to be the ones who are skeptical of the intelligence community? Are we suddenly defending them just because it’s politically convenient?

There’s some of that going on, I’m sure. But the real reason is a lot simpler: the intelligence community doesn’t really have any motivation to make this stuff up aside from a generalized dislike of Russia. They are interested in keeping everyone on edge about cyberattacks, but that doesn’t require Russia to be involved in what happened. In fact, doubling down on the Russia story even after Trump won is nothing but bad for the CIA. All they’re doing is pissing off the incoming president, something they could easily avoid by keeping the cyberattack story but downplaying the Russia angle.

So this is sort of an admission against interest. The CIA’s interest is in getting more money for cyber security and cultivating a strong relationship with a new president. The fact that they’re doing just the opposite suggests pretty strongly that they believe in no uncertain terms that Russia really is behind this.