I promise this post is not about Donald Trump, even though it starts with him. Here he is talking further about the whole hacking episode:

“I don’t care what they say, no computer is safe,” he added. “I have a boy who’s 10 years old; he can do anything with a computer. You want something to really go without detection, write it out and have it sent by courier.”

Trump’s proposal of a massive new executive branch courier service is intriguing as the foundation of his promise to create more jobs, but that’s not what I’m here to talk about. Rather, I want to talk about the myth that young people are all geniuses with computers.

As usual, I won’t claim any huge expertise here. However, I do interact with young ‘uns periodically, mostly pretty smart ones. However, even they generally have no real expertise with computers. Far from it, in fact. What they do have is (a) a general familiarity with the UI conventions of modern smartphone apps, and (b) a deep and encyclopedic familiarity with the handful of apps they 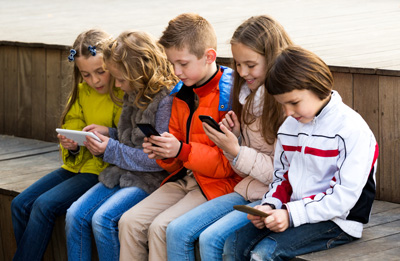 use constantly. This provides a surface sheen of expertise, especially to older folks who don’t use smartphones much.

But dig an inch below the surface and most of them don’t really know much. Grab your stereotypical person on a street corner and ask them, say, when the French left Vietnam. Or what vegetable has the most Vitamin A. These take about ten seconds each to answer (1954-56,1 sweet potatoes), but most people struggle with stuff like this, and young folks struggle just as much as anyone. Ditto for any app they aren’t familiar with, especially on a platform they aren’t familiar with.

On average, young people are more comfortable around computers than older people. Show them a new app and they’re generally willing to learn it, while us older coots probably don’t want to bother unless we really think it’s going to be useful. Younger generations also have different preferences thanks to these apps (text vs. phone calls, news aggregators vs. weekly newsmagazines, etc.). But that’s about it. In the sense of broad knowledge of computers and networks, or the ability to find information, or the ability to produce useful work with their computers, Xers and millennials aren’t any more savvy than the rest of us.

But the flying fingers on their smartphones, along with their deep familiarity with the apps they use, provide an aura of expertise so compelling that it seems almost genetically inborn. Mostly, though, it’s an illusion.

Of course, even with that illusion affecting our judgment, most of us don’t believe that ten-year-olds “can do anything with a computer.” For that level of idiocy, you really need Donald Trump.

1OK, I’ll confess that finding the 1956 component of that answer took me more than a few seconds. The French agreed to leave in 1954, and the last troops left in 1956.