The Columbia Journalism Review put up a bunch of cool charts a few days ago. First up, here’s the Twitter ecosystem during the presidential campaign: 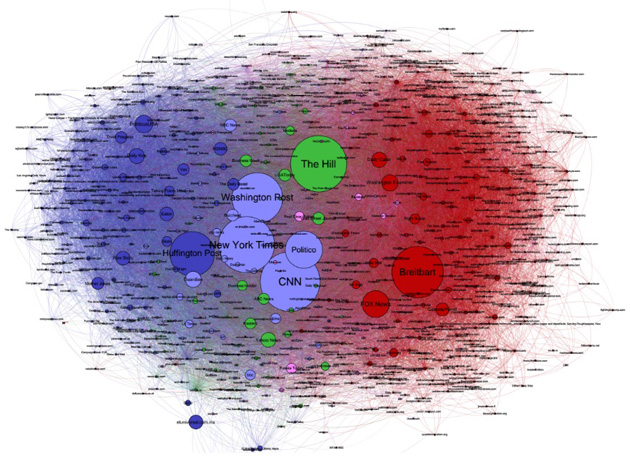 On the right, there’s one site that dwarfs everyone else: Breitbart News. Even Fox News is only a fraction the size. On the left and center, there’s no single dominant player. The Huffington Post had a good election season, but it competed on even terms with traditional news sources like CNN, the New York Times, and the Washington Post. Here are the top five retweeted sites among partisans:

Three of top five on the right are highly partisan sites, including Breitbart at the top and the crackpot Gateway Pundit site in fourth place. There’s nothing similar on the left. Here’s the same data in scatterplot form: 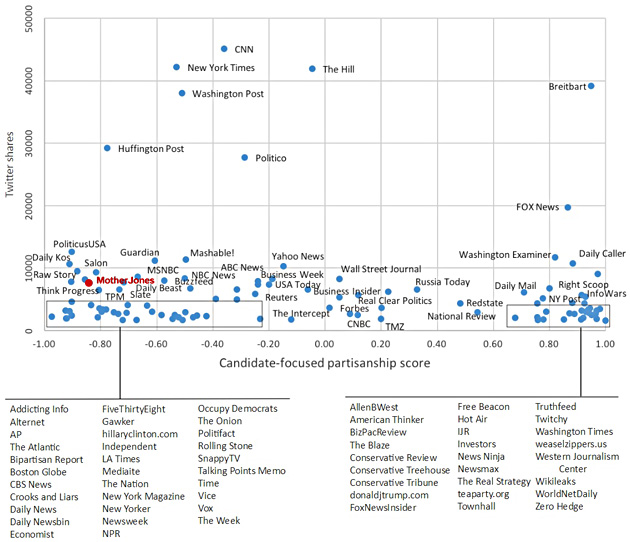 On the right, Breitbart stands alone, with twice the Twitter shares of Fox and four times the share of the also-rans. On the left, there are five major sites before you get a big drop to the rest of the pack, and four of the five are nonpartisan. The same charts for Facebook shares show much the same thing, and this had a big effect on mainstream coverage of the race: 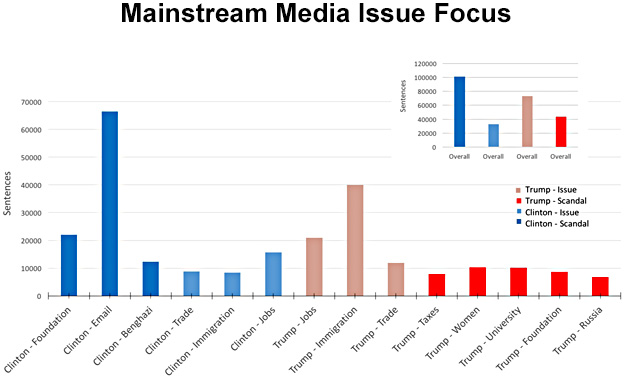 ….What we find in our data is a network of mutually-reinforcing hyper-partisan sites that revive what Richard Hofstadter called “the paranoid style in American politics,” combining decontextualized truths, repeated falsehoods, and leaps of logic to create a fundamentally misleading view of the world. “Fake news,” which implies made of whole cloth by politically disinterested parties out to make a buck of Facebook advertising dollars, rather than propaganda and disinformation, is not an adequate term. By repetition, variation, and circulation through many associated sites, the network of sites make their claims familiar to readers, and this fluency with the core narrative gives credence to the incredible.

….Rebuilding a basis on which Americans can form a shared belief about what is going on is a precondition of democracy….To accomplish this, traditional media needs to reorient, not by developing better viral content and clickbait to compete in the social media environment, but by recognizing that it is operating in a propaganda and disinformation-rich environment. This, not Macedonian teenagers or Facebook, is the real challenge of the coming years.