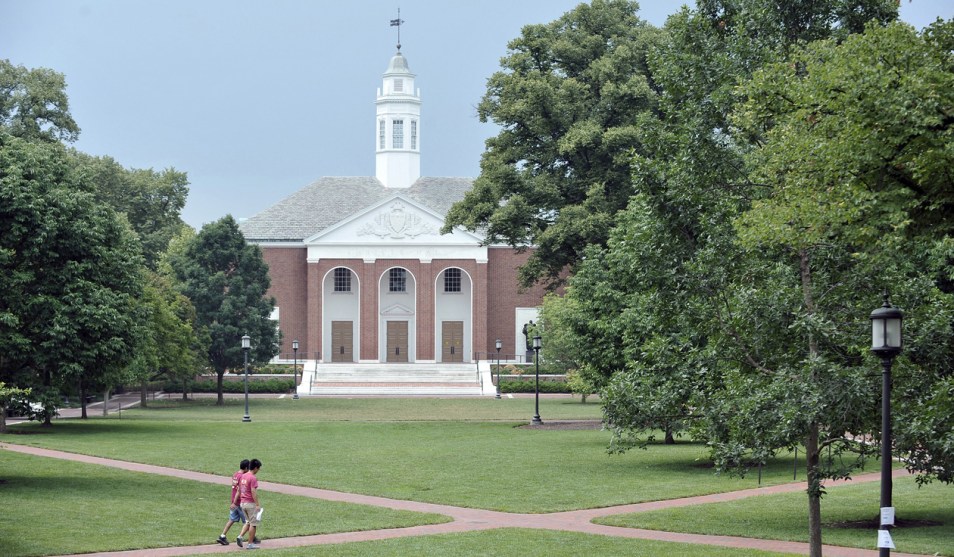 Just how stifling is it on university campuses these days? What with all the trigger warnings, safe spaces, heckler’s vetoes, diversity worship, and humorless lefties, it’s a wonder there’s any time left to teach classes.

But how bad is it really? The Martin Center posts stories about ill-treated conservatives periodically, and these are picked up by National Review, where I see them. But are these stories the tip of a massive iceberg of intolerance on American campuses? Or is a weekly outrage pretty much all there is, representing a minuscule fraction of the 1.5 million professors currently teaching on university campuses?

I don’t really have any way of knowing, and I usually just scan the outrages and move on. Today, though, I was intrigued. Here is George Leef:

Leftists are notorious for their lack of a sense of humor….One faculty member who recently discovered that is Professor Trent Bertrand of Johns Hopkins. Make that formerly of Johns Hopkins. A joke he told in his international-economics course earlier this year led to complaints by three students that he had created a “hostile learning environment” for them. That’s bad enough, but the university’s overreaction was mind-boggling.

That sounds kind of grim. A single offhand witticism that went a little awry and the guy is toast. What on earth did he say? Here’s the joke:

What a knee slapper! This is from Bertrand himself, so we can be sure that his enemies aren’t exaggerating what he said. I conclude two things:

This was not some offhand witticism. This was a carefully conceived joke whose sole purpose was to cast Muslims as suicide bombers. Bertrand told it with malice aforethought even though it really has nothing to do with offshoring.¹ Nor is this a matter of contention. Bertrand happily admits that he regaled his class with this jest.

Without knowing more, I won’t weigh in on whether Bertrand should have been escorted off campus by security. But if this is the kind of thing National Review is defending, it makes me think they’re a little short on genuine campus outrages.

¹If you’re unclear about this, replace “offshored” with “laid off thanks to Obamacare.” It works just as well.