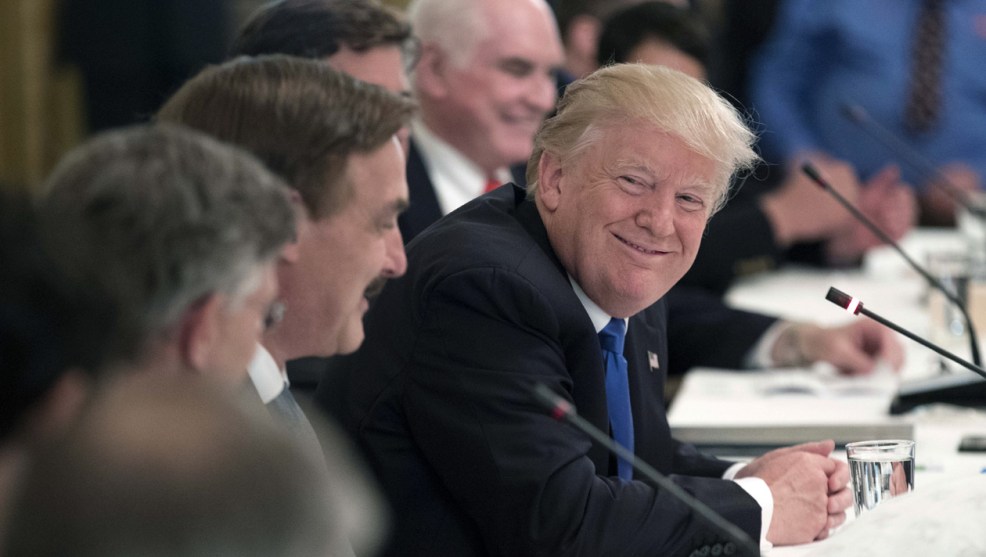 I can only assume that Donald Trump barely even knows what he’s saying anymore. Here he is during an interview with the New York Times, griping about Attorney General Jeff Sessions:

In a remarkable public break with one of his earliest political supporters, Mr. Trump complained that Mr. Sessions’s decision ultimately led to the appointment of a special counsel that should not have happened. “Sessions should have never recused himself, and if he was going to recuse himself, he should have told me before he took the job and I would have picked somebody else,” Mr. Trump said.

….Mr. Trump also faulted Mr. Sessions for his testimony during Senate confirmation hearings when Mr. Sessions said he had not met with any Russians even though he had met at least twice with Ambassador Sergey I. Kislyak. “Jeff Sessions gave some bad answers,” the president said. “He gave some answers that were simple questions and should have been simple answers, but they weren’t.”

….The president added a new allegation against Mr. Comey….Mr. Trump recalled that a little more than two weeks before his inauguration, Mr. Comey and other intelligence officials briefed him at Trump Tower on Russian meddling. Mr. Comey afterward pulled Mr. Trump aside and told him about a dossier that had been assembled by a former British spy filled with salacious allegations against the incoming president, including supposed sexual escapades in Moscow. The F.B.I. has not corroborated the most sensational assertions in the dossier.

In the interview, Mr. Trump said he believes Mr. Comey told him about the dossier to implicitly make clear he had something to hold over the president. “In my opinion, he shared it so that I would think he had it out there,” Mr. Trump said. As leverage? “Yeah, I think so,’’ Mr. Trump said. “In retrospect.”

Trump apparently thinks that blocking embarrassing investigations is part of the attorney general’s job. If Sessions wasn’t willing to do that, “I would have picked somebody else.” Does Trump have any idea what he’s admitting here?

And, in restrospect, he now thinks Comey was trying to blackmail him. This despite the fact that Mother Jones had written about the dossier weeks before and it was common knowledge that it was out there.

I’m not even sure what to say about this stuff anymore. Nothing matters, does it? Trump really could gun someone down in the Oval Office and Fox News would report that Trump had stopped a terrorist attack.