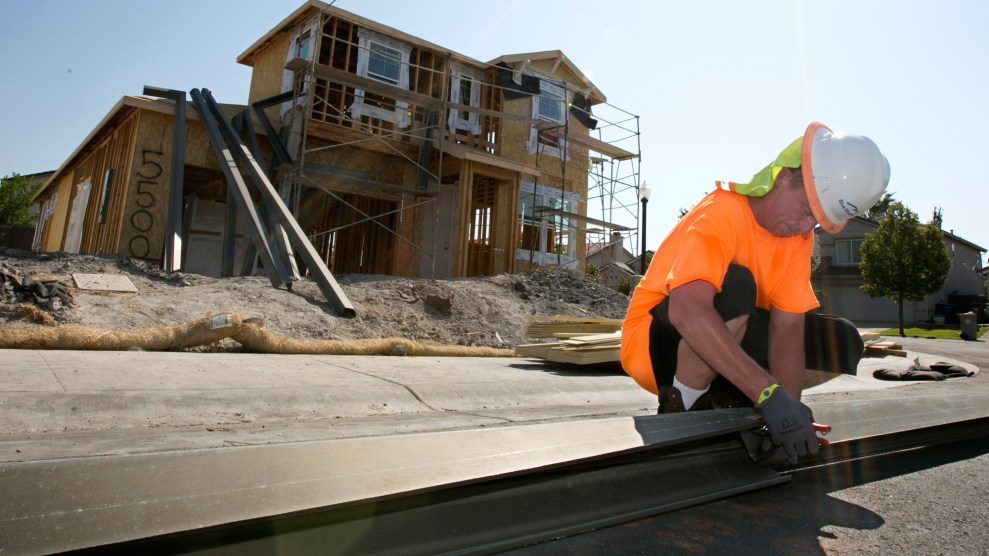 California has an affordability problem. The median cost of a home is $505,800—up $321,000 from five years ago. Homelessness is also on the upswing, with more than 118,000 people without shelter—more than any other state in the country. Californians “are living during the worst housing crisis our state has ever experienced,” said David Chiu, a state assemblyman out of San Francisco and chair of the state housing committee.

So on Thursday evening, with just a hint of late-night drama, the California Assembly passed a package of six bills aimed at boosting funding and easing regulations with the potential to spur affordable housing development throughout the state. The bills are now with Gov. Jerry Brown for his signature.

One measure, Senate Bill 3, authorizes a $4 billion bond measure for the 2018 ballot, with $1 billion going toward funding home loans for California’s military vets and the rest boosting existing affordable housing programs. Another, Senate Bill 35, streamlines the approval process for developers in cities that have fallen behind on state housing production goals. Three other bills, meanwhile, seek to strengthen existing laws and compel cities to sign off on more housing developments.

The most controversial measure of the night came in the form of a proposed fee on certain real estate transactions: Senate Bill 2 establishes a scheme that attaches a $75 price tag to real estate documents like those filed during mortgage refinancing. The total fees would not exceed $225. Proceeds are set to be funneled into financing for affordable housing programs; state Senate estimates show that the plan could generate between $200 and $300 million each year and more than $5 billion over the next five years.

With Democrats holding a super-majority in the California legislature, the proposed fee required a two-thirds vote to pass. Even after Republican Assemblyman Brian Maienschein broke from his party and announced on the floor he would vote in favor of SB 2, the measure remained two votes shy of approval. Assembly Speaker Anthony Rendon left the vote open for almost an hour while lawmakers lobbied two Democratic holdouts, Marc Levine and Adrin Nazarian. A third, Sabrina Cervantes, a Democrat from the potential swing district of Riverside, voted against the measure. During the legislative recess, Levine had spoken out against the fee hike and instead wanted to pay for affordable housing by taxing corporations more. In the end, Levine and Nazarian voted for the funding measure.

The state Senate already approved earlier versions of the measures and met Friday to finalize the package. Brown, who negotiated the package with lawmakers, is expected to sign it.

After the Assembly’s progress Thursday night, the governor tweeted his approval: