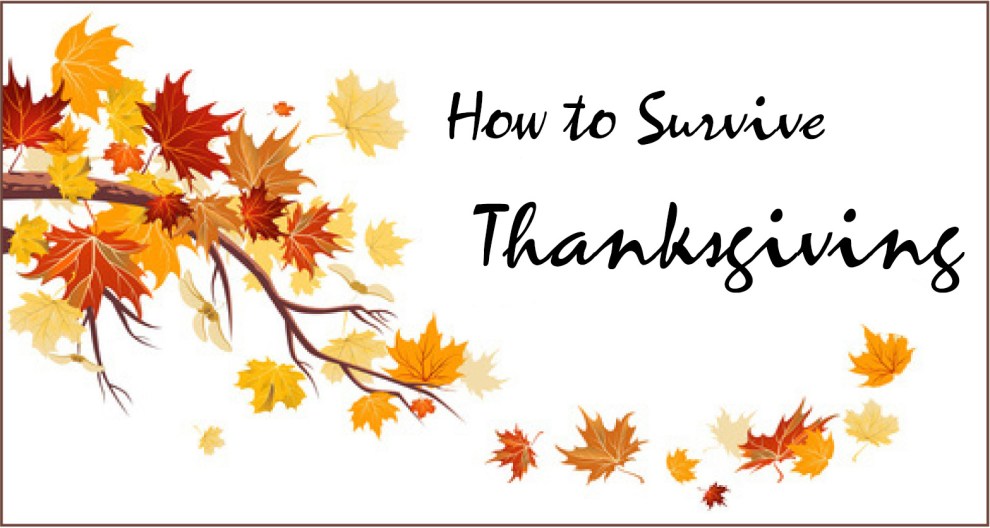 I’m lucky enough to have a family that’s all in sync politically, which means that Thanksgiving is a fun time for everyone. But lots of families aren’t so lucky: they have that one crazy relative who makes the whole holiday awkward with their constant TV-inspired rants about retrograde politics. So what do you do if you don’t want Thanksgiving dinner to turn into a war zone?

The main thing to keep in mind is that your crazy SJW niece probably doesn’t share your value system. Research shows that liberals think differently than we do—they care almost exclusively about “fairness” and are unmoved by appeals to loyalty, order, and traditional morals—so arguing on your terms will often just make things worse. She’s a product of both her times and the liberal media, and you need to appeal to her on her terms.

It’s equally important that you keep your proposals modest. Don’t meet anger with anger. Liberals, especially young ones, are full of fury over politics, and a little sympathy can go a long way. Agree with her that the economy should be doing better and there ought to be more good-paying jobs for new college grads. (Maybe you can even sneak in a pitch for tax cuts!) Don’t get angry over jargon. You had yours when you were a kid too: remember “supply-side economics” and “evil empire”? Keep things mild, and invite her to explain her views in ever more detail. Act interested, and keep asking for more. It’s possible she’s never had to do this in her entire life, and all by itself it might be enough to make her start doubting things she’s believed for years.

Finally, remember that this is a long-term project. Rome wasn’t built in a day. You may not settle down your crazy niece in a single year, but you might make next year a little better.

Here are some examples of how you might deal with a few common subjects.

Race. Liberals are obsessed with race. Unlike you, they weren’t raised to be color blind, and they’re likely to bring up race as the underlying cause of practically everything. Try to make your crazy niece see what a rabbit hole this sends them down. Does she really want to harm Asian-Americans with affirmative action policies? Should well-to-do blacks get more assistance than poor whites? Is she familiar with research showing that illegal immigrants take jobs away from the very poorest Americans? Eventually a light bulb might come on, and she’ll realize that even using her own values, all she’s doing is pitting one “oppressed” group against another.

Climate change. Because this is a scientific subject, your first instinct will probably be to engage in a torrent of facts and figures. Don’t bother. For most liberals, this is an emotional issue, not a fact-based one. You can tell them all about measurement error in the troposphere, variability in solar forcing, and corruption in the research community, but you won’t make any headway. Your niece is in an epistemic bubble, surrounded by friends and media who have convinced her that “97 percent of scientists agree” that climate change is real. She’s probably never even heard that there is any evidence against climate change, so take this slowly.

Point out that reducing fossil fuel use hurts the poor more than the rich. Make the case that developing countries shouldn’t be stuck forever in impoverishment just to make privileged liberals in first world countries feel better about themselves. Explain that most of the “scientific” models don’t have good track records, and that even tiny errors can make a huge difference a century down the road. This may or may not make a dent, but you might at least spark a realization that climate change is a complicated subject that’s not as cut and dried as she’s been led to believe.

Obamacare. Unlike climate change, this is an area where facts and figures might help. Your niece probably has plenty of them at hand, which gives you an opening to throw in a few she might never have heard before if she’s been getting all her news from Rachel Maddow and HuffPo.

Does she realize that premiums have skyrocketed since Obamacare went into effect? Last year Arizona premiums were up 116 percent and they’re up again this year! Does she know that insurers are fleeing the market, and lots of areas are now down to a single provider? Try to explain what a “death spiral” is, which she might actually be interested in. Liberals love to think of themselves as wonks. Does she know that the Obamacare pool started out older and sicker than anyone projected, and has been getting worse every year? She may be skeptical that “the market” does a better job of running health care than the government, so try to get her to realize that every time the government interferes, it just creates yet another problem to be solved. Even with its faults, maybe the free market is best in the long run after all?

Guns. This can be an emotional subject. Most liberals have never even handled a gun, let alone fired one, and this often produces unreasoning fear. That’s just human nature: we’re afraid of what we don’t know. The best way to handle this is by showing rather than telling. Don’t push too hard, but offer to introduce her to some of your shooting buddies. Show her one of your hunting rifles and explain how it works. Appeal to her sense of “tolerance” by offering to take her down to the range to fire a few rounds. If she’s going to oppose guns, isn’t it fair that she should know a little more about them?

Take this a step at a time: introduce her first to few easygoing shooters, not the Second Amendment know-it-alls. (You know the ones I’m talking about!) Start her out with an easy-handling sidearm that won’t scare her off. Point out casually that the ACLU supports gun rights, just like they support freedom of speech and religion.

Patriotism. This can turn into a shouting match pretty easily. The idea of a callow twenty-something confidently claiming that her country is responsible for the world’s ills is hard to take. But rein it in. Remember that the only war she’s ever known is the Iraq War, and let’s be honest with ourselves: that wasn’t America at its best. But it’s hardly her fault that she didn’t live through any of the struggles that produced the country she lives in.

Try to introduce her to some history. Talk about the real-life horrors of communism: gulags, famines, and show trials. She probably never learned any of that at her liberal arts college. The wealth of the modern world may seem obvious to her—like water to a fish—so point out that 50 years ago it was far from obvious. It only exists because America persistently defended capitalism and free trade even when it wasn’t always popular. And while every country has its problems to deal with—she’s certain to chime in with something about slavery, and you should just nod your head without getting into it—America really has been a beacon of democracy and anti-fascism ever since World War II.

And remember: your niece is young! She was brought up in different times. You’re not going to change her mind overnight, but remember what the Bible tells us: A soft answer turneth away wrath, but grievous words stir up anger. So take it easy. Don’t get into shouting matches. A better Thanksgiving dinner for everyone will be your reward.