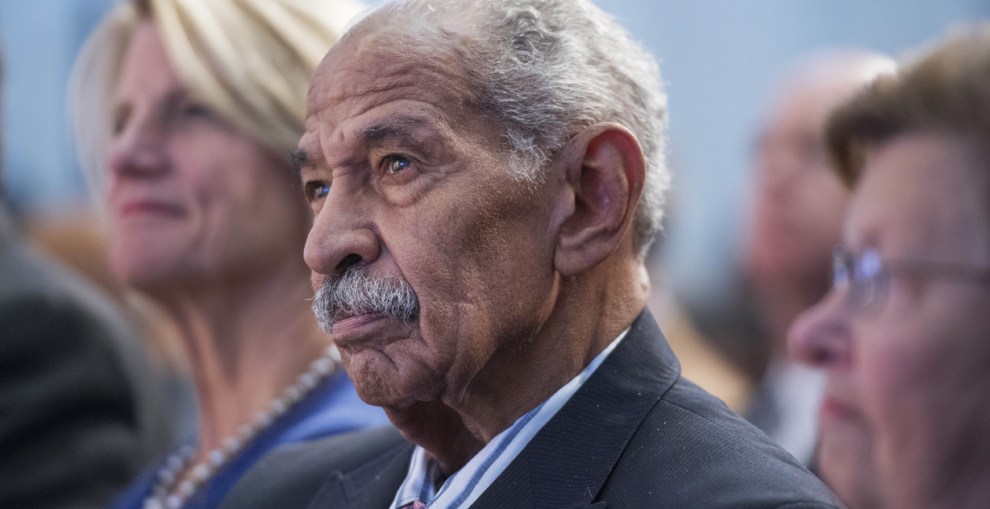 Over at National Review, Alexandra DeSanctis is doing her best to use the growing sexual abuse scandal to target Democrats:

Any Democrat who examined the credible allegations against Conyers and Franken and still declined to call for their immediate resignations has forever forfeited the right to lecture us about “women’s rights.” Because the “war on women” is, sadly, all too real — and Democratic leaders care more about their politics than they do about its victims.

This has only just started, and it’s already getting tiresome. But we might as well get used to it. After all, it’s not as if stronger action from Democrats would change anything. The Al Franken groping allegations may be curiously petty, but they nonetheless highlight Democratic hypocrisy because “some of his colleagues are perfectly willing to overlook his misdeeds.” Meanwhile, plenty of Democrats are asking John Conyers to resign, including Nancy Pelosi, so at least Democrats got that one right. Right? Ha ha ha. “It took her ten days too long,” DeSanctis declares.

Democrats could have unanimously called for both men to be tarred and feathered within hours of the accusations, and it wouldn’t matter. Let’s get real here: conservatives have spent decades fighting stiffer penalties—both legal and cultural—against the feminists and social justice warriors who are trying to take all the fun out of ordinary human affairs. Like the budget deficit, they care about abuse against women only when they can make political hay out of it. And they would make that hay no matter what Democrats did.

That said, the evidence against Conyers is both strong and believable. He should go. The charges against Franken, however, are—peculiar. Or something. It’s not just that Franken is accused of plainly less serious acts than Conyers and Roy Moore. There’s also something that just doesn’t quite fit about the string of allegations. I’m not precisely sure what that is, but I don’t believe he should quit, and I do believe the Ethics Committee should take a close look at what happened. I keep feeling like there’s another shoe that’s going to drop here, and we should wait for it before rushing to dump a possibly innocent man just because it might be good for the party or good for the movement. Allegations of sexual misconduct from women should be taken seriously, but they shouldn’t be automatically believed, especially in a political setting.