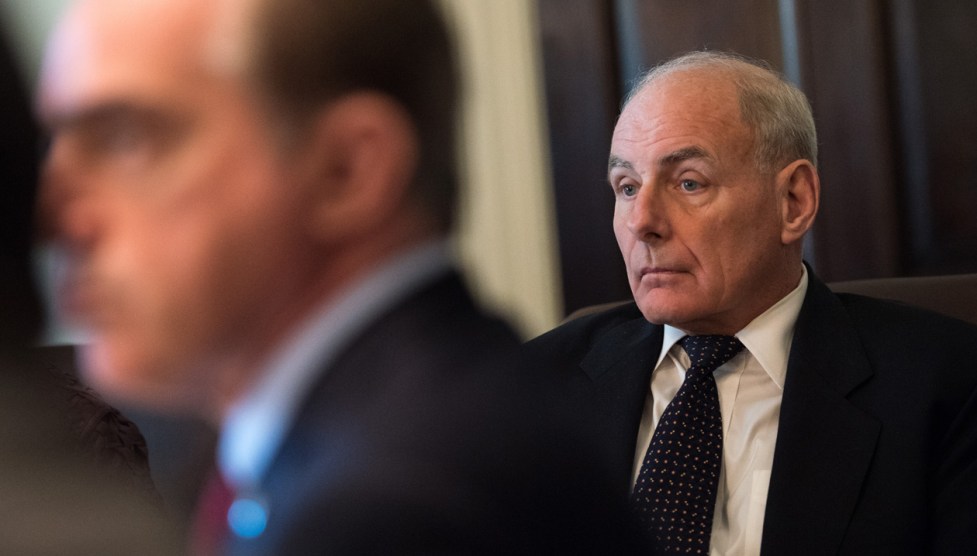 The usual gang at the New York Times has a story today about Donald Trump and his: tweeting, TV viewing habits, lack of knowledge about everything, etc. As usual, it is sourced to “interviews with 60 advisers, associates, friends and members of Congress.” Aren’t they all?

But this is sort of old news. Instead, I was interested in an anecdote about the way that John Kelly has brought order to the Oval Office as chief of staff. It’s about longtime Trump confidant/bodyguard Keith Schiller:

In August, Mr. Trump asked Mr. Schiller for a newspaper article he had heard about. After Mr. Trump mentioned the article to Mr. Kelly, the chief of staff dispatched two aides to investigate how it had gotten to the president without being cleared. Mr. Schiller acknowledged providing the contraband newsprint. Mr. Kelly thanked him tersely for coming forward, according to two people Mr. Schiller later told.

Seriously? Kelly tries to keep people from bringing news to Trump that Trump has specifically asked for? I get the whole idea of “controlling the information flow,” but Trump is the president of the United States. Can’t he have any news he wants? And what’s the point of this, since Trump watches hour after hour of uncontrolled TV anyway? In fact, he seems to watch not just in the morning and the evening, but literally all day:

During meetings, the 60-inch screen mounted in the dining room may be muted, but Mr. Trump keeps an eye on scrolling headlines….Watching cable, he shares thoughts with anyone in the room, even the household staff he summons via a button for lunch or for one of the dozen Diet Cokes he consumes each day.

Say what? Even during meetings the TV is on and Trump’s eyes keep flitting to the Fox News crawl? Somehow I’m imagining something like this:

MATTIS: Well, I have to agree with McMaster.
KELLY: So we’re split on whether to nuke North Korea. It will be the president’s call.
[Heads nod.]
KELLY: Mr. President, should we give the order?
[Trump turns away from Fox News crawl about Hillary’s emails.]
TRUMP: The order—oh right, the order. Yes, give the order. Give it very strongly.
KELLY: Very well, gentlemen. You know what to do.

The world ends not with a bang, but a Fox News headline.