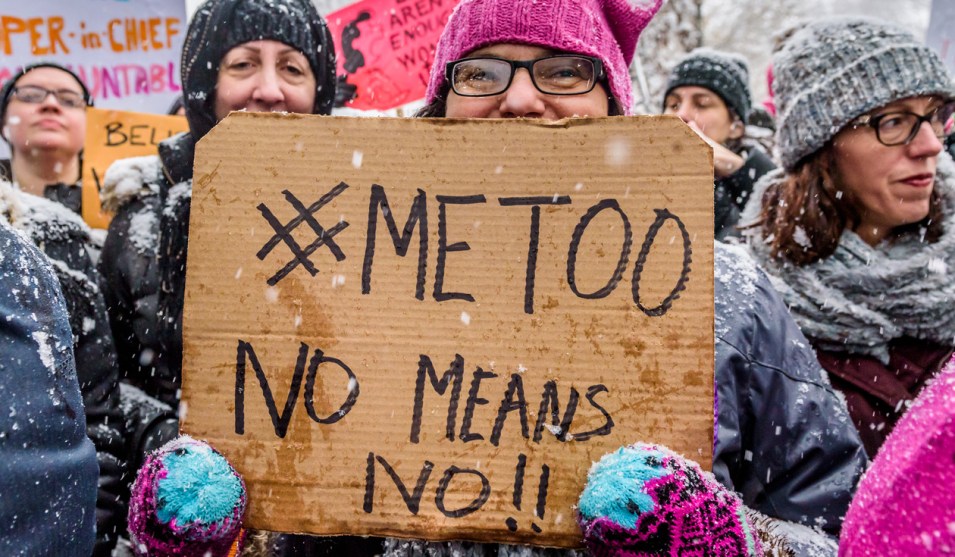 Much of the recent pushback to the #MeToo movement revolves around the idea that we aren’t drawing proper distinctions between serious sexual assault and less serious everyday boorishness. Here is Megan McArdle:

I have now had dozens of conversations about #MeToo with women my age or older, all of which are some variant on “What the hey?” It’s not that we’re opposed to #MeToo; we are overjoyed to see slime like Harvey Weinstein flushed out of the woodwork, and the studio system. But we see sharp distinctions between Weinstein and guys who press aggressively — embarrassingly, adulterously — for sex. To women in their 20s, it seems that distinction is invisible.

….Let me propose a possible answer to this, suggested by a very smart social scientist of my acquaintance: They feel this way because we no longer have any moral language for talking about sex except consent. So when men do things that they feel are wrong — such as aggressively pursuing casual sex without caring about the feelings of their female target — we’re left flailing for some way to describe this as non-consensual, even when she agreed to the sex.

But Anna North says young women are perfectly capable of distinguishing between coerced sex from powerful men; unwanted groping from strangers; and the awkward overaggressiveness of a guy like Aziz Ansari:

Many of those criticizing #MeToo seem to think that modern-day McCarthys want to strip men of their jobs and lock them up at the merest hint of flirtation. But there’s no reason to think that the many people coming forward to speak out about sexual misconduct can’t handle a conversation about a variety of kinds of sexual misconduct — and a variety of possible remedies….Moreover, many critics seem to believe that women are incapable of discernment, that they see no difference between a rape and an unwelcome comment, that they are equally outraged by everything.

….Neither is always the case. Aziz Ansari may face career repercussions for Grace’s story, but that hasn’t happened yet. Nor is there any suggestion that he’ll go to jail. And contrary to the image of women as vindictive harridans out for blood, there are examples of women who have responded with gratitude, even forgiveness, to men’s apologies.

I think there’s some truth to both of these comments. But I wonder: do we have even a rough consensus about how serious various actions are? In criminal law, everything is specified in minute detail, and punishments range from a $50 fine to life in federal prison. We don’t have that in real life, so instead here’s a survey for you. On a scale of 1 to 10, how would you rank the offenses of each of the following men? If you’re not familiar with a case, leave it blank. I ask for your gender at the end because I want to find out if there’s any kind of systematic difference between men and women.

Obviously this isn’t scientific, and the questions are best answered quickly. The point, obviously, is to force you to make a rough but concrete judgment. I’m curious about how my readership views this stuff.