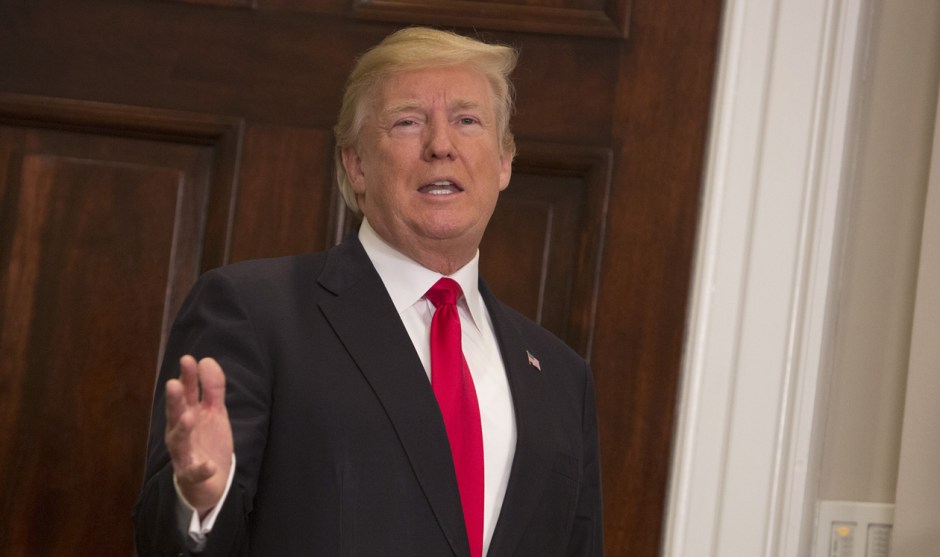 Six months ago President Trump reluctantly signed the “Countering America’s Adversaries Through Sanctions Act,” aka the Russian Sanctions Act. As punishment for interference in the 2016 election, the act requires the president to impose a variety of sanctions on Russia and Russian individuals. The deadline for this was up yesterday, but Trump instead announced that he didn’t really feel like doing anything:

Today, we have informed Congress that this legislation and its implementation are deterring Russian defense sales. Since the enactment of the…legislation, we estimate that foreign governments have abandoned planned or announced purchases of several billion dollars in Russian defense acquisitions.

Well OK then! As near as I can tell, the real loophole in the act is that although the president is required to impose certain sanctions, he has to do so only “with respect to any person that the President determines” has done something bad. So Trump merely has to determine that no one has done anything, and then sit back and do nothing. Trump could also argue that the whole thing is an unconstitutional imposition on his plenary power to run foreign policy, but I guess he’s not bothering with that.

So here’s the interesting question. This bill passed 419-3 in the House and 98-2 in the Senate. In other words, virtually every Republican in Congress supported it. Now Trump says he’s not going to bother with it. So far, there’s been barely a peep about this. Here’s The Hill:

Democrats excoriated Trump, whose campaign is the subject of a special counsel investigation over possible collusion with Russia, for declining to follow Congress’ directive. Some Republicans also expressed concerns about the lack of new sanctions.

….Sen. Bob Corker (R-Tenn.), chairman of Senate Foreign Relations Committee, told Mnuchin he hopes the administration issues new sanctions soon, and said in a statement that “it is clear the administration is working in good faith, and I am committed to applying pressure, as needed, to ensure further implementation.”

This is yet another bit of evidence that Republicans have fallen ever further into the Trump black hole over the past six months. In August they were willing to openly and unanimously defy him by imposing sanctions he opposed. Today, when he blows them off in the most cavalier way possible, a few Republicans mumble a bit about Russia being a bad actor but then shrug their shoulders. Whatever Trump wants to do is OK with them.