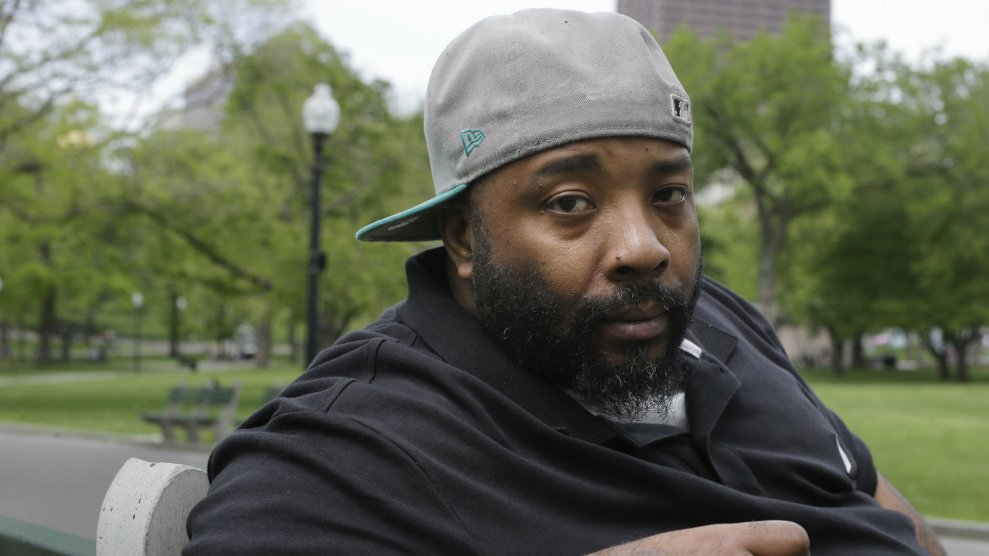 Emory Ellis, who was apparently suspected of trying to pass the world's most perfect counterfeit ten-dollar bill.Steven Senne/AP

A few days ago, we reported on the story of Emory Ellis, a homeless man who was arrested for trying to pass a counterfeit bill:

According to his complaint, Ellis, 37, was trying to buy breakfast at Burger King one morning in November 2015 when the cashier asserted that his $10 bill was bogus. Ellis insisted otherwise, and when the cashier wouldn’t budge, Ellis said he would take his $10—all he had to his name—and leave. Instead of returning the bill, restaurant staff called the police. Ellis was arrested and later charged with forgery of a bank note—a crime that can carry a life sentence, according to the complaint.

The arrest triggered a probation violation, and Ellis ended up spending three months in jail. But aside from the obvious, something has been bugging me ever since I read this story: why did it take three months to clear him? I couldn’t find anything beyond what was reported in the original AP story:

He wasn’t released from jail until February 2016, when prosecutors dropped the forgery charge after the Secret Service concluded Ellis’ bill was real, the lawsuit says.

I’ve had banknotes checked before by cashiers. Usually they just run a pink marker across them or something. But even supposing this particular cashier didn’t have a marker, or didn’t care, or was just trying to make trouble, is it really possible that the Boston Police Department couldn’t figure out if the banknote was real within a few minutes? And even if you suppose they couldn’t, this is one of the primary jobs of the Secret Service. It can’t possibly take them three months, can it? Three minutes seems more like it.

Aside from bureaucratic incompetence of one sort or another, the only way this makes sense is if they took the word of a Burger King cashier so seriously that they figured this homeless guy was part of a ring of incredibly sophisticated criminals who make counterfeit bills that are well nigh indistinguishable from the real thing—and who then waste their talent on ten-dollar bills. I assume the Secret Service would refuse to comment on some specious grounds or another, so it’s probably pointless to ask them. But I would sure like to know how the combined efforts of the Boston PD and the Secret Service managed to take three months to figure out that a ten-dollar bill was real.