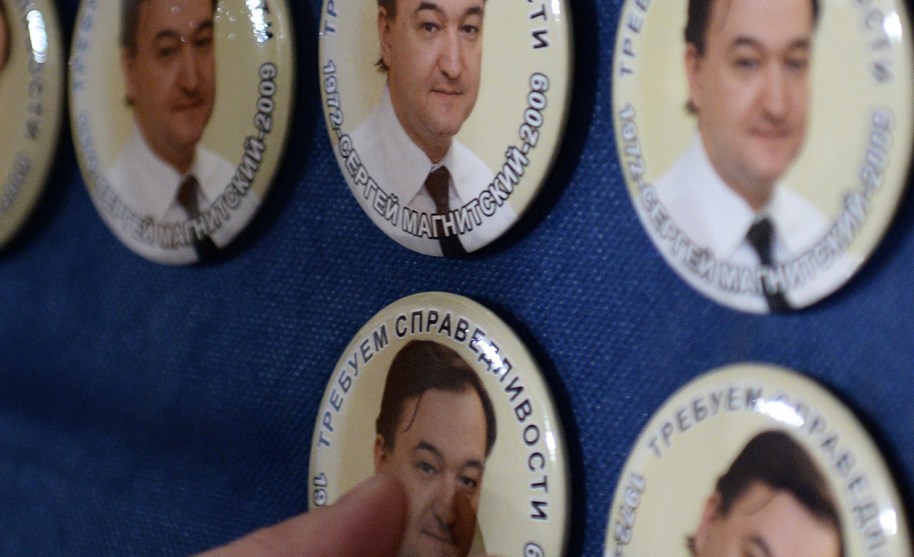 Back in 2016, when Russian attorney Natalia Veselnitskaya met at Trump Tower with Donald Trump Jr., Jared Kushner, and Paul Manafort, the alleged topic of conversation was the Magnitsky Act.

Now bear with me here. The Magnitsky Act is named after Russian tax accountant Sergei Magnitsky, who discovered a $230 million fraud among Russian tax officials back in 2009. Naturally Magnitsky himself was arrested, since the powers-that-be in Russia don’t abide these kinds of accusations, and he was eventually beaten to death while he was in prison. His friend Bill Browder was outraged and publicized what had happened, which led to Congress passing the Sergei Magnitsky Rule of Law Accountability Act in 2012 by a vote of 92-4. Russia, as expected, was infuriated, because it targeted the country’s most powerful oligarchs in the only way that really hurts them: by freezing their money and their travel overseas. Julia Ioffe explains:

The first decade of Putin’s rule was a bonanza for state security structures. Using tactics similar to those used in the Browder-Magnitsky case, government officials, especially those in Putin’s native FSB, enriched themselves….They pillaged and nearly wiped out small and medium-sized businesses in Russia, jailing many of their owners in the process. Government programs and projects were dreamt up not to be built or actualized, but to allow their proponents to pocket parts of the state budget.

….Back then, a Russian businessman told me it felt like “the day before Pompeii,” with everyone stealing as much as they could as quickly as possible—and then whisking it out of the country….The families of the Russian elite often don’t live in Russia. They live in Paris, in London, Geneva, New York, Los Angeles. That’s where their money lives, too, and where their children go to school and where their families seek medical treatment—which is one of the reasons the Russian education and medical systems are falling apart, robbed by corruption of what little resources they had.

….What made Russian officialdom so mad about the Magnitsky Act is that it was the first time that there was some kind of roadblock to getting stolen money to safety. In Russia, after all, officers and bureaucrats could steal it again, the same way they had stolen it in the first place: a raid, an extortion racket, a crooked court case with forged documents—the possibilities are endless. Protecting the money meant getting it out of Russia. But what happens if you get it out of Russia and it’s frozen by Western authorities? What’s the point of stealing all that money if you can’t enjoy the Miami condo it bought you? What’s the point if you can’t use it to travel to the Côte d’Azur in luxury?

So far, 49 of Russia’s richest and most powerful oligarchs, all of them friends of Putin, have been targeted by the Magnitsky Act:

So what’s the point of all this detail? Just this: Britain passed its own version of the Magnitsky Act earlier this year. Ditto for the Netherlands. Estonia too (“we won’t leave such unfriendly steps without a due response,” Russia threatened). There’s even a move afoot to pass an EU-wide Magnitsky Act, which would truly be a disaster for Russia’s elite. So perhaps it’s no surprise that at the Helsinki summit Putin specifically called out Bill Browder, the man who’s probably more responsible than anyone for getting the original Magnitsky Act passed. Here’s what Putin said:

Business associates of Mr. Browder have earned over $1.5 billion in Russia. They never paid any taxes, neither in Russia nor in the United States, and yet the money escaped the country. They were transferred to the United States. They sent huge amount of money, $400 million as a contribution to the campaign of Hillary Clinton. Well, that’s the personal case. It might have been legal, the contribution itself, but the way the money was earned was illegal.

This is not the kind of personal shout out we usually get from Putin at these events. But he’s desperate. So with all this out of the way, let’s go back in time to the Trump Tower meeting and ask again: what was that all about? Well, it was about the Magnitsky Act, which the Russians urgently want repealed. But it was also about delivering dirt on Hillary Clinton. And this is the dirt: $400 million in sketchy campaign contributions from Bill Browder and his cronies. That didn’t work out—largely because it wasn’t true—but not for lack of trying. No matter where you turn, the Magnitsky Act is staring you in the face. If there’s any single thing that Vladimir Putin is pissed off about, this is it.

So what did Putin and Trump talk about in their secret 2-hour meeting with no aides present? If I had to take a guess, I’d say it was the Magnitsky Act. Keep an eye on this over the next few months.