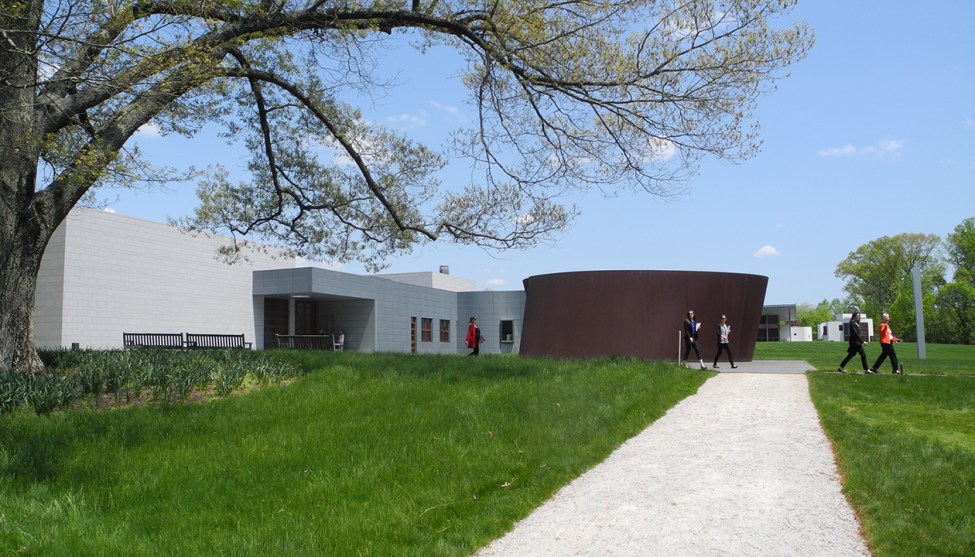 Philip Kennicott, the Washington Post’s art and architecture critic, has a fascinating piece today about the new Glenstone museum in Potomac, Maryland. The Glenstone is part of something new to me:

It is self-consciously a museum built in the spirit of the nascent “slow art” movement, which is a reaction to larger forces afoot in the art market, democratic culture and the age of Instagrammable art.

….“We’ve all had the ‘Mona Lisa’ moment,” says Thomas Phifer, the architect who worked closely with the Raleses to design the 204,000-square-foot Pavilions. The “Mona Lisa” moment is a sense of despair at the impossibly crowded galleries of the Louvre in Paris, where the room devoted to the Mona Lisa is a scene of pure chaos as tour groups jostle and throng and sometimes shove one another in hopes of getting close enough to snap a cellphone picture of the world’s most famous painting. “You walk into that room and you’re with 400 of your closest friends and maybe you can get a glimpse of the Mona Lisa,” Phifer says of a pervasive and frustrating experience that is becoming more common at museums around the world.

Long story short, the Glenstone plans to restrict visitors to 400 per day so that people have plenty of room and plenty of time to appreciate what they’re seeing. There are some pretty obvious pros and cons to this approach, and they’re all discussed in interesting detail in the article.

The most obvious problem to me is a simple one: how do you best restrict access if you think too many visitors are ruining your museum? You can charge a lot, but that hardly seems fair to art lovers of limited incomes. (Glenstone has free admission.) You can make it first-come-first-serve, but that obviously creates its own set of unfairnesses. You could make visitors take a short test to weed out all the folks who are there not for any love of art, but just because some guidebook wrote it up, but that’s just stupid.

I have a different, more organic idea: ban tour buses. Would this work? A museum expert would have to weigh in. But it would cut back on visitors; it would eliminate a lot of people who don’t care about art but are just there because it’s a stop on the tour; and it would get rid of the horrid mini-throngs that wend their way mindlessly through the museum like rats through the stomachs of snakes. It sure seems like it’s worth a try. Hell, there are whole cities that I think should experiment with this.

But it also reduces revenue, and how does that get made up? I haven’t figured out that part yet.