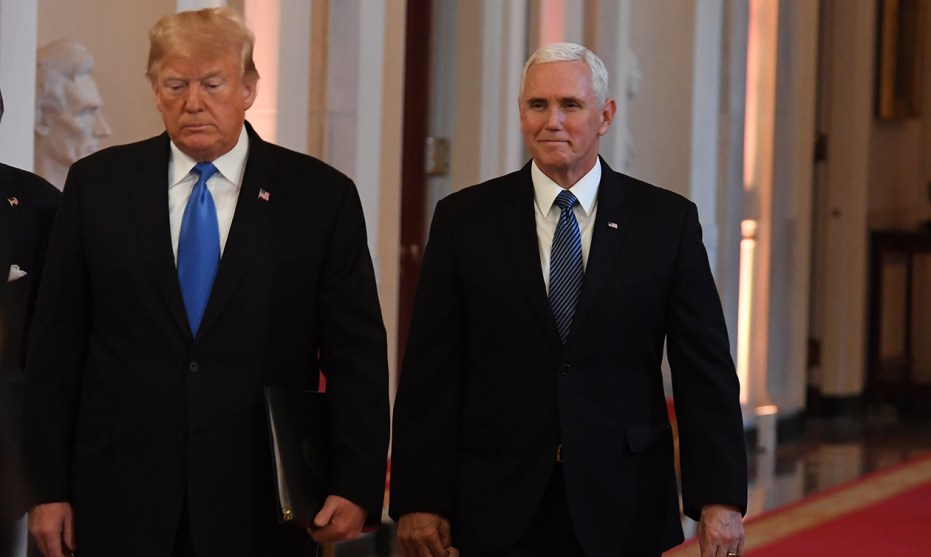 "Why so serious, son? Let's put a smile on that face!"Christy Bowe/Globe Photos via ZUMA

Let’s review what’s happened over the past few days:

That’s more than a dozen bits of truly bad news for Republican, and it’s only going to get worse as they stare down the long barrel toward 2020, where the Senate map is massively in favor of Democrats; the economy is likely to be on a downturn; and Donald Trump will probably have long-since worn out his welcome with his one-trick pony. In other words, they’re getting more and more desperate, knowing that a historic shellacking is probably headed their way in two years.

And this desperation is showing. Over the next two years Republicans can nominate some more conservative judges to the lower courts, but that’s about it. With Democrats controlling the House; the filibuster controlling the Senate; and a man-child controlling the White House, they’re in for a very rough two years.

So I’m curious: is there still anyone out there buying the Republican fable that this was sort of a 50-50 election? Believe me, it wasn’t. From the start it was a huge win for the Democrats, and three days later that win is looking even more remarkable when you account for the seats won, the economic headwinds they plowed through; the gerrymandering they overcame; and the obviously panicky reaction this has all gotten from Republican pols. Unless they change and change fast, Republicans might not win another election for a decade. That’s what they’ve always been afraid of—namely that racism couldn’t be a winning card forever as America steadily became less white—and 2018 might be the year that finally proves it. They held on longer than any party of old white men should have, and that’s a testament to their ruthlessness and political smarts. Eventually, though, the tide rolls in and Republicans are left sticking their fingers into the leaky old dikes of Fox News while Democrats are creating brand new barriers helmed by men and women of all races who are best suited to the job. Which party would you rather work for?