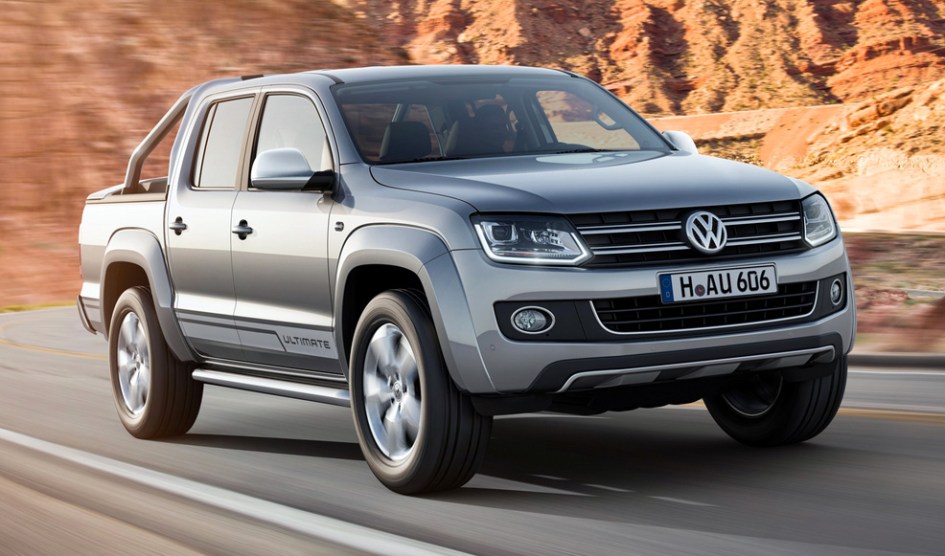 This is the highly regarded VW Amarok pickup truck. Would you like to buy one? Too bad! You can't.Volkswagen

Oh crap. Someone finally told Donald Trump that we levy a 25 percent tariff on European light trucks—which is why you’ve never seen a European light truck on sale at your local VW or Mercedes dealer. The obvious conclusion to draw from this is that US tariffs are way more unfair than European tariffs, but of course that’s not Trump’s conclusion:

The reason that the small truck business in the U.S. is such a go to favorite is that, for many years, Tariffs of 25% have been put on small trucks coming into our country. It is called the “chicken tax.” If we did that with cars coming in, many more cars would be built here…..

…..and G.M. would not be closing their plants in Ohio, Michigan & Maryland. Get smart Congress. Also, the countries that send us cars have taken advantage of the U.S. for decades. The President has great power on this issue – Because of the G.M. event, it is being studied now!

That’s right: Trump has now decided that it would be great if we did the same thing to European cars just because he’s pissed off at GM. What a moron. And while we’re on the subject of Trump being a moron, I realize that the “Trump word salad” genre is kind of stale, but sometimes you just have to share a really juicy example. Here it is:

I’m not blaming anybody, but I’m just telling you I think that the Fed is way off base with what they’re doing, number one. Number two, a positive note, we’re doing very well on trade, we’re doing very well — our companies are very strong. Don’t forget, we’re still up from when I came in, 38 percent or something. You know, it’s a tremendous — it’s not like we’re up — and we’re much stronger. And we’re much more liquid. And the banks are now much more liquid during my tenure. And I’m not doing — I’m not playing by the same rules as Obama. Obama had zero interest to worry about; we’re paying interest, a lot of interest. He wasn’t paying down — we’re talking about $50 billion lots of different times, paying down and knocking out liquidity. Well, Obama didn’t do that. And just so you understand, I’m playing a normalization economy, whereas he’s playing a free economy. It’s easy to make money when you’re paying no interest. It’s easy to make money when you’re not doing any pay-downs, so you can’t — and despite that, the numbers we have are phenomenal numbers.

We’re doing very well on trade? We’re up 38 percent? We’re more liquid? We’re talking about $50 billion “lots of different times?” Obama “made money” because he didn’t have to pay interest? Even by Trump standards, which I can usually decipher eventually, what does this mean? Here are my guesses:

That’s your day in Trump. Not all of it, of course, since I’m not a strong enough man for that. But enough.