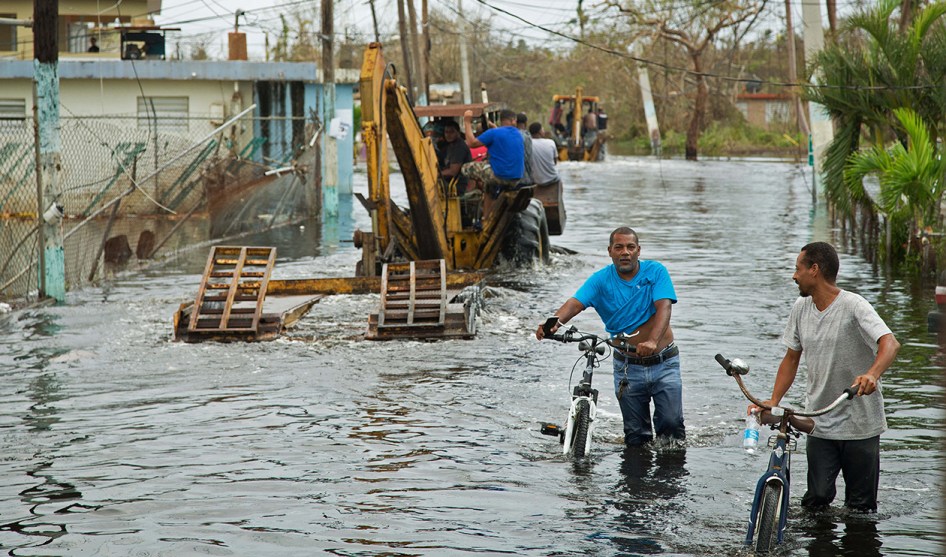 Back when Hurricane Maria devastated Puerto Rico in 2017, there was a lot of talk about how President Trump was taking it a lot less seriously than two other hurricanes, Harvey and Irma, which hit areas that were, um, a little whiter than Puerto Rico. But according to the Washington Post, it was actually a whole lot worse than that:

Trump told then-White House Chief of Staff John F. Kelly and then-Office of Management and Budget Director Mick Mulvaney that he did not want a single dollar going to Puerto Rico, because he thought the island was misusing the money and taking advantage of the government, according to a person with direct knowledge of the discussions who spoke on the condition of anonymity to describe sensitive internal deliberations. Instead, he wanted more of the money to go to Texas and Florida, the person said. “POTUS was not consolable about this,” the person said.

Not one dollar! And apparently it was impossible to change his mind about this.¹ Finally, in December, HUD Deputy Secretary Pam Patenaude told Trump’s people that the president had no choice:

Patenaude told White House budget officials during an early December meeting in the Situation Room that the money had been appropriated by Congress and must be sent, according to two people with direct knowledge of the meeting. She assured them that HUD had proper oversight of the funds.

This is all part of a longish story about Patenaude, who effectively runs HUD because Ben Carson has no idea what he’s doing. But she’s leaving now, finally beaten down by having to deal with the idiocy and incompetence surrounding her on all sides:

Patenaude’s departure reflects a broader pattern of political appointees with expertise who are leaving the administration. Her confidants say there was not one blowup that precipitated her resignation but rather a series of incidents that left her feeling frustrated. The former HUD employee, who spoke on the condition of anonymity so as not to damage working relationships with the agency, characterized Patenaude’s job as “pushing this rock uphill over and over again only to have it fall back down.”

In engineering terms, a destruction test is a process designed to apply more and more pressure until you finally find an object’s breaking point. It feels like that’s what we’re doing to the United States government right now. Luckily, it takes a lot more than four years of Donald Trump to break the nation. I’m not so sure about eight years, though.

¹I’m assuming that’s what “not consolable” means here. Trumpies sure do speak a weird language.