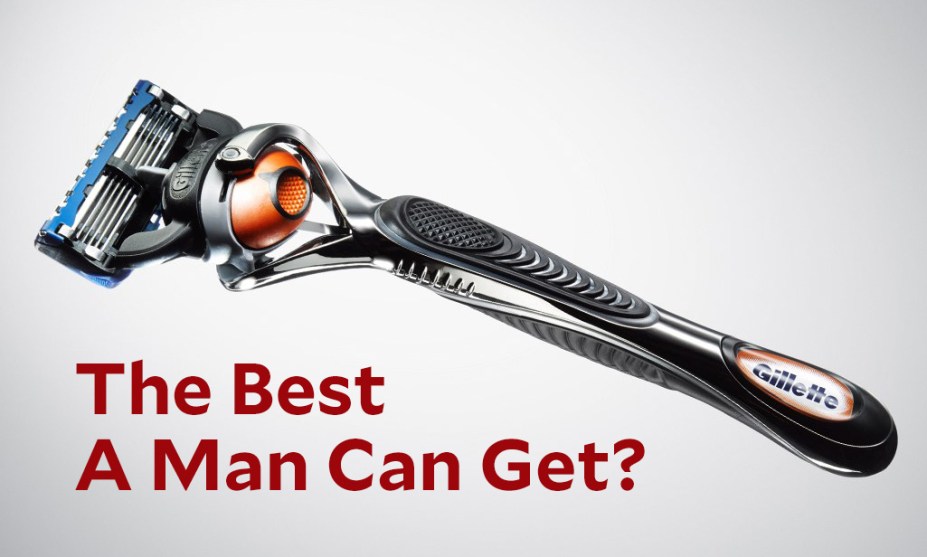 Today Gillette pre-released their Super Bowl ad in hopes that it would go viral and get everyone talking. Fine. They win. Here it is. It’s better to just watch it than it is for me to try to describe it:

It’s a minute and a half long, so it’s hardly going to be a nuanced recap of thousands of years of patriarchal subjugation of women. Still, considering that it’s a TV commercial and all, it seems like their heart is in the right place, doesn’t it?

Well, plenty of men aren’t happy with it. No surprise there. But apparently some women aren’t happy about it either, even though it conveys an explicitly feminist message. Why? Well, at the risk of pissing off some friends, I have to make a confession here: The ism writers at Vox (sexism, racism, ageism, etc.) are always on hand to describe and explain these things. And they always defend the most extreme woke view. Nevertheless, I read most of their wokeness articles anyway, sometimes because they’re good but other times because I’m curious to find out what excuse they’ll use this time to defend the most extravagantly excessive view out there. For the Gillette ad, here it is:

Men who are angry about a commercial and calling for a boycott of a razor company in the comments of a YouTube post are also writing things like, “Gillette is desperately deleting critical comments for fear that people will know about what men are saying about this radical feminist advert.”

These arguments make no sense whatsoever. Still, this ad is a misfire, in that it is a blatant attempt to make money off a painful and ongoing collective action that has not even an indirect relationship to face razors. Is it likely that there were people at Gillette with good intentions and people at Grey who wanted to help realize them? Absolutely! However, it is inherently nonsensical to use feminism to sell men’s grooming products, or any products, as feminism is a political movement bent on dismantling current structures of power, which likely includes multibillion-dollar corporations like Procter & Gamble.

Really? The reason this commercial is bad is because feminism is dedicated to destroying all large corporations, and it’s therefore inherently nonsensical for large corporations to promote feminist views in their advertising? This wouldn’t pass muster in a freshman women’s studies course. How does it make it past an editor? It persuades no one except those who are already part of the drum circle. Everyone else either skips it entirely or just guffaws when they read it.

I’m not just nitpicking a single piece, either. It doesn’t matter if the subject is liberalism, conservatism, guns, abortion, feminism, racism, climate change, or anything else. We all have to be willing to call out the nonsense on our own side when we hear it. We can’t just automatically go along with the most extreme voices out of fear that we’ll no longer be considered part of the movement if we suggest that maybe someone has gone a wee bit too far.

Anyway: this is just a commercial. Sure, it uses consciousness raising in service of making money. So what? If corporate chieftans are willing to bet that promoting feminism is good for the bottom line, all the better for feminism. How else are you going to reach a hundred million men in prime time, after all?

And at the risk of mansplaining something that not all women might get, these ads can serve a valuable purpose by showing off role models that can be copied. There are lots of men who don’t want to stand by when their friends do something obnoxious, but they aren’t sure how to intervene. You don’t want to be a scold or a prig, after all. But a commercial like this provides opportunities to subtly show off ways to intervene without endangering friendships or making a bigger deal out of something than it deserves. If it’s done well—and you can decide for yourself if Gillette does it well—it’s a genuinely worthwhile exercise.

I imagine much of the response to this will be the usual tedious twaddle about trying to erase someone, or shut someone up, or whatever. We should ignore that stuff too. It’s just the usual Twitter cretinism, and nobody with a working mind should pay any attention to follow-the-leader tsunamis of insults on Twitter. What I wrote here is just a point of view, and anyone who disagrees can say so.