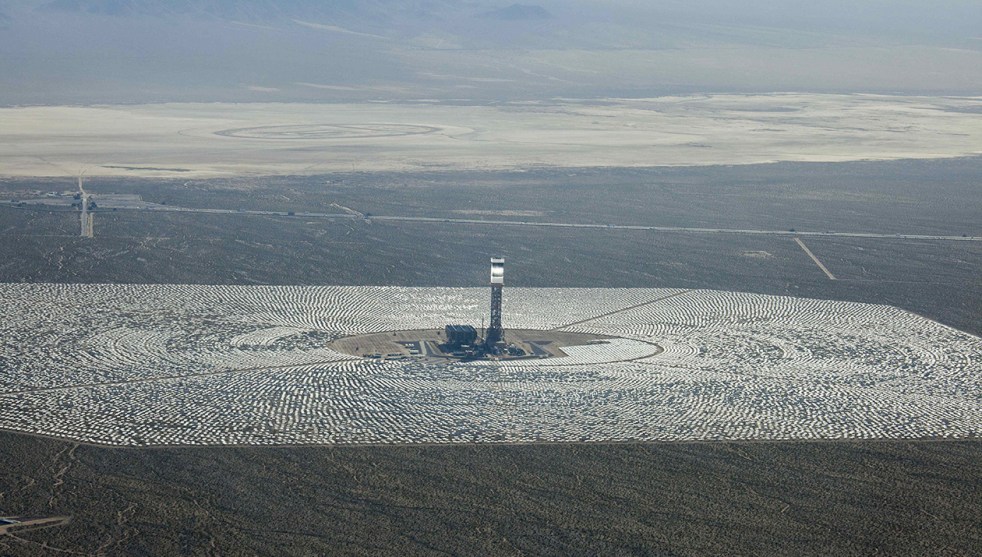 San Bernardino County is really big and really sunny. It’s a great place for solar energy farms. But not everyone is thrilled about that:

The county’s Board of Supervisors is slated to vote Thursday on a policy that would prohibit large renewable energy projects on much of the unincorporated private land governed by the county….Renewable energy has been a source of tension in California’s deserts for years, with nearly all large solar and wind projects facing opposition from unhappy local landowners, environmental groups or both.

Hmmm. Environmental groups. Then there’s this:

After signing onto the Green New Deal as an original sponsor, one House Democrat…said he faced harsh criticism from building trade representatives who worried the plan would put their members out of work….Unions, a key constituency, have been less than enthused by — and in some cases, downright hostile to — the ambitious proposal to tackle climate change. Terry O’Sullivan, the general president of the Laborers’ International Union of North America, or LIUNA, denounced the Green New Deal the day it was introduced.

Hmmm. Sherrod Brown, the liberal’s liberal! But how about our neighbor to the north? The Trans Mountain pipeline is designed to carry oil from tar sands field in Alberta to a port in British Columbia:

Patricia Mohr, an economist and commodity market specialist, puts the case for Trans Mountain this way: “Oil pays the bills in Canada, oil pays the rent”….Trans Mountain has its defenders, not least Prime Minister Justin Trudeau, who says Canadians don’t have to choose between a clean environment and resource development.

Hmmm. Justin Trudeau. Such a progressive guy, but he still wants to export all the oil Canada can get its hands on. And remember when the Kennedy family opposed wind power off of Cape Cod, where they happen to live? In that case, every environmentalist who didn’t live near Cape Cod supported the project. It finally died a couple of years ago.

You will note that I have not yet uttered the word “Republican.” There is no question that Republican denial of climate change is odious and obscene. If Republicans were all to disappear tomorrow, it would certainly become a whole lot easier to address climate change.

But it would be no slam dunk. Progressive or not, nearly everyone with an axe to grind ends up opposing climate change policies that happen to injure them personally. Until that changes, Republicans are the least of our problems.