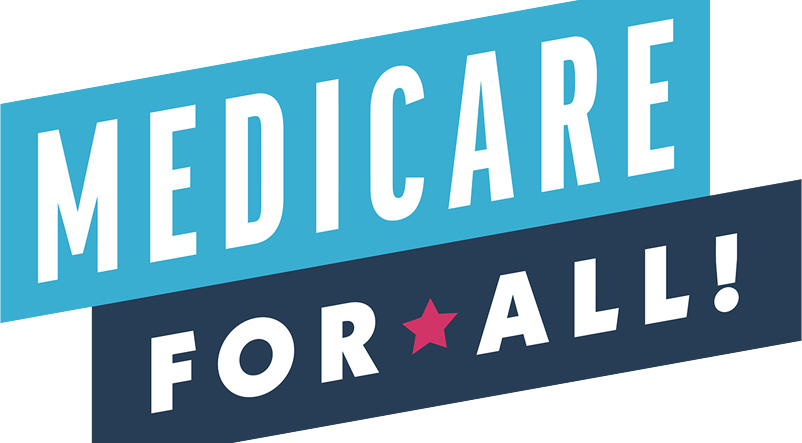 If we were all Republicans around here, we wouldn’t bother asking “How are you going to pay for Medicare for All?” We’d just stand up with our shoulders square and give a straight answer: “That’s a problem for Congress and I don’t want to prejudge what they might want to do.” And that would be that.

But we are not Republicans, so this is a topic of great interest. We demand that our politicians and think tanks provide concrete answers that our opponents can seize on to make sure nothing ever gets done. And so Matt Bruenig obliges us:

My idea is to completely overhaul the whole payroll tax system in the US. The United States has three payroll taxes. Social Security, Medicare, and unemployment benefits. The way they work is unemployment insurance applies to people to the first $7,000 of earnings. Social Security applies to the first $125,000. Then Medicare applies to all earnings, plus you have the additional Medicare tax that pops in above $200,000.

It is a regressive structure….So let’s squeeze all of those into flat taxes….Knock that down to less than 1 percent on all earnings…..That then opens up a lot of space in the low to mid-earners to apply a higher Medicare tax without there being a net tax increase. Because their unemployment tax has gone down substantially. Their Social Security tax has gone down substantially. Then you can do a flat Medicare tax and the net effect is it’s all falling on people making more than $100,000 a year.

I have no beef with Matt B. We liberals demand this, so he’s put some thought into it and come up with a funding plan. Would it work? I suppose so. Would it piss off everyone who makes more than $100,000 per year? Oh yes. Would it pass? Not a chance.

But this makes me curious about something. I’m sure that what I have to say isn’t new, but for some reason I’ve never come across it. Here it is: Fund M4A by taxing corporations.¹

The idea behind this is twofold. First off, you’re always better off if you don’t create new taxes on people. To the extent you can, a program is more politically palatable if it keeps the revenue streams that are already in place.

Second, taxing corporations is relatively invisible. Sure, economists will tell you that most of the tax eventually falls on individuals, but most people won’t realize it. This leaves Republicans trying to generate outrage among voters for a tax they’ll never have to pay directly. Good luck with that.

Now, the current revenue stream for private health care primarily consists of the premiums paid by corporations to provide coverage for their employees. To the best of our ability, then, we want to tax corporations so they’ll come out even: that is, their tax burden will go up but they’ll no longer have to pay health premiums. If this is a wash, then even opposition from corporations will be fairly muted. So why not levy a per-employee tax that rises moderately with the size of the corporation? For example:

This would work just like income tax: you’d pay the higher rate only on the employees above each cutoff. So if you had 50 employees, you’d pay $0 for the first 49 and $15,000 for the one employee above that.

This is far from the perfect funding mechanism if we were starting from scratch. But inertia is a bitch. You have to work with what you have, not what you wish you had.

Would this work? Or would a progressive structure provide too big an incentive for corporations to fudge their employee count? I figure there must be some kind of problem here, since it’s such an obvious funding structure. Does anyone know?

¹This would, obviously, be in addition to all the current funding streams that are already public: Medicare, Medicaid, Obamacare, etc.