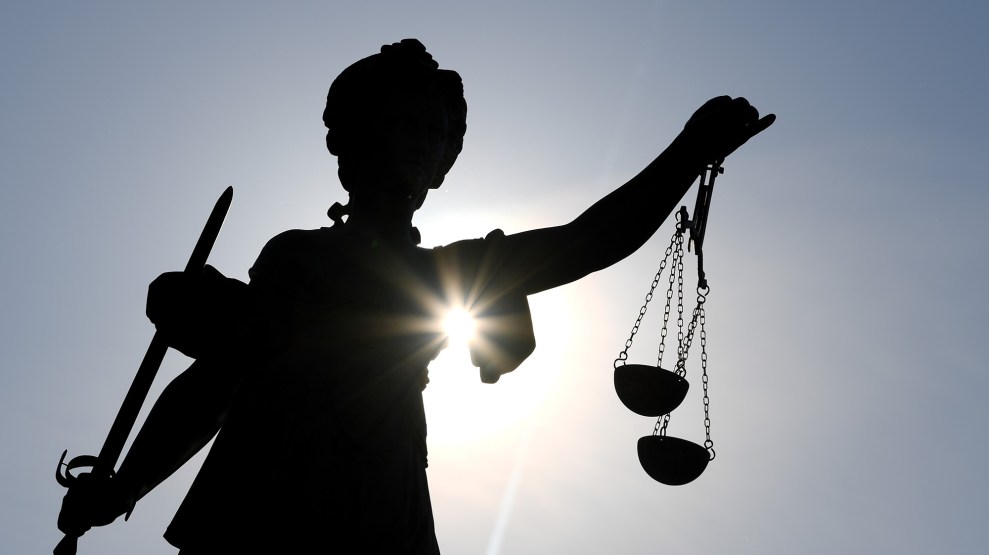 It was nice while it lasted.Arne Dedert/DPA via ZUMA

As you know, Obamacare is in court yet again. This time the argument is that when Congress reduced the individual mandate penalty to zero, they made the mandate unconstitutional. And if the mandate goes, then the whole law has to go.

This is bedbug crazy, but Republicans managed to shop the case into the courtroom of a hard-right loon who totally agreed that Obamacare had to be deep sixed. Now it’s on appeal, and today a panel of the 5th Circuit Court heard oral arguments. Aside from the overall lunacy of the whole thing, there are two items worth highlighting. The first is, yet again, the question of whether anyone has standing to appeal the district court ruling in the first place:

The appeals panel also spent a good chunk of the allotted 90 minutes asking questions on a third topic: whether the Democratic states and House of Representatives even have standing to appeal Judge O’Connor’s ruling….If the appeals court ultimately decides that neither the House nor the intervening Democratic states have standing, it could either let Judge O’Connor’s ruling stand or vacate it. In any event, the losing party will almost certainly appeal to the Supreme Court.

There is surely no one in the country who thinks this even remotely resembles how things are supposed to work. And yet the 5th Circuit is seriously mulling the possibility that this would be good law.

The second item to highlight is the attitude of the Republican judges toward congressional intent. Here is one of them engaging in some mind reading:

Appellate Judge Jennifer Elrod, a George W. Bush appointee, on Tuesday posited that lawmakers — who failed to agree on an Obamacare replacement plan two years ago — deliberately eliminated the mandate penalty because they knew the rest of the law would have to fall. She said perhaps lawmakers thought, “Aha, this is the silver bullet that’s going to undo Obamacare.”

This is just straight-up Republican Party advocacy. There is, obviously, no question that Republicans would have repealed all of Obamacare if they could have. But they couldn’t. And the reason they couldn’t was because they didn’t have the votes.¹ It had nothing to do with what they thought, and even if it did, no court has any business trying to divine Congress’s hidden and unstated desires.

Republicans squawk endlessly about “judicial activism” and the depredations of the liberal 9th Circuit. But what we heard today goes light years beyond anything the 9th Circuit has ever considered. If the 5th Circuit actually follows through on any of this stuff it would be little different from simply appointing themselves a separate legislature with the power to overturn any laws they didn’t like. And I’ll bet that not a single “constitutional conservative” will so much as mutter under their breath about this.

¹Quick refresher for those who don’t remember what happened. Republicans wanted to repeal Obamacare but they needed 60 votes to do it. They didn’t have 60 votes, so they could only do a limited amount under reconciliation rules. Those rules allow fiscal legislation to pass with 51 votes as long as it doesn’t increase the budget deficit. The CBO ruled that eliminating the mandate penalty would cost some money, but it would save even more because lots of people would drop out of Obamacare and thus wouldn’t have to be subsidized. That’s what made it OK to eliminate the mandate penalty. And aside from their dislike of the mandate, the real reason Republicans repealed it is because the CBO’s analysis opened up some budget room for other stuff Republicans also wanted to do.