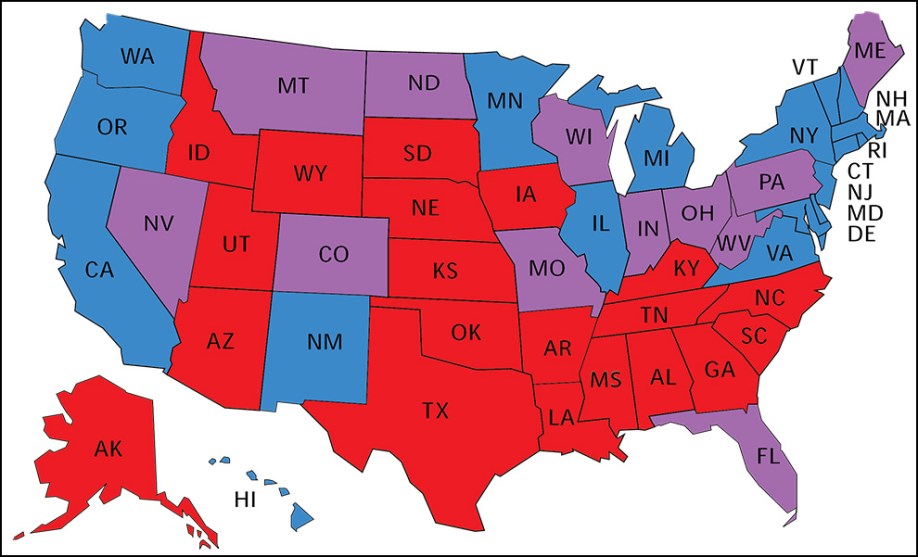 Democrats have a Senate problem, and not just in the sense that Republicans currently hold the majority or that the prospect of that changing in 2020 is relatively slim. The problem is that the odds of ever changing it are slimmer than is generally realized. Data for Progress, a progressive think tank and advocacy organization, is trying to raise alarm bells about the issue. In a new memo, co-founder Colin McAuliffe writes that “the Senate is an irredeemable institution” that’s biased 3 percentage points in the GOP’s favor and systematically underweights the interests of nonwhite Americans.

This kind of stuff bugs me. A mere four years ago, we were bombarded with articles about how the House was almost permanently out of the grasp of Democrats. Thanks to gerrymandering and other issues, Dems would have to win a vast share of the national vote to have any chance of winning even a slim House majority. Then, two years later, Democrats won the House in a landslide.

But how? As Yglesias says, working-class whites are moving steadily into the Republican camp, and the Senate’s overrepresentation of small, rural states means that working-class whites are increasingly overrepresented too. So what can possibly be done? Statehood for Washington DC and Puerto Rico? Needless to say, that’s a nonstarter. The Republican Senate would never support it.

But perhaps there’s another way. I know this will sound ridiculous, but hear me out: Democrats could figure out how to appeal to working-class whites.

I know that many progressives would rather move to Canada than even consider such a thing. After all, working-class whites are racist! They hate gays! They love guns! They go to church! They oppose liberal immigration laws! They want to ban abortion! They drive pickup trucks! They like low taxes! They don’t understand intersectionality!

Well, yeah. That’s true of many of them, though certainly not all. And “not all” is a key point here. It’s not as if Democrats have to appeal to stone racists or lunatic gun nuts to win in rural states. They just have to ease up on some of the things that rural voters think are important. Doing this doesn’t automatically mean that you want immigrants in cages or black men to be the targets of mass incarceration. Nor does it mean you want to force women to give birth against their will or fry the planet via climate change. It just means you accept the reality that sometimes society moves more slowly than you’d like.

In 2008, Democrats won Senate seats in Montana, South Dakota, Iowa, Arkansas, Louisiana, West Virgina, and North Carolina. Places like that seem like nothing more than dreams these days. But they aren’t. If working-class whites can move into the Republican camp over the course of only a few years, they can move out in just a few years too. But progressives have to actually care about them and be willing to compromise here and there to win their votes. This is what politics is all about, and always has been.