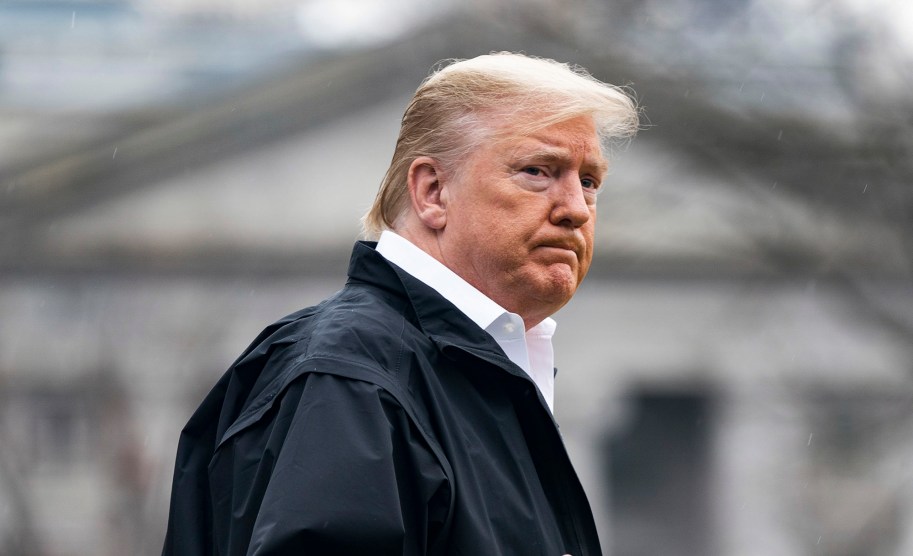 I got a lot of flak for saying this on Friday:

In just a couple of weeks, Trump has gone from being a boob, but a relatively benign one, to a boob who could end up killing a lot of people.

It’s easy to see how this could be misinterpreted, so it’s worth explaining what I meant. It’s simple: Donald Trump does a lot of stuff that pretty much any Republican would do. He tries to repeal Obamacare. He puts kids in cages on the border. He cuts back on food stamps. This is policy stuff.

But then there’s the boobery that comes out of Trump’s mouth. This is all on top of what any normal Republican would do, and for the most part it’s both stupid and embarrassing but not especially harmful in a concrete way. With a few exceptions, it might be hurtful to hear this stuff but it won’t kill you. This is what I meant by “relatively benign.”

Trump’s reponse to the coronavirus is entirely different. On the policy side, he has FUBARed massively. He ignored the outbreak at first. Then he shut down travel to China and figured that would be enough despite unanimous expert opinion to the contrary. He waited weeks to appoint a coronavirus czar, and when he did he chose the unqualified Mike Pence. One result of this has been the testing debacle. Another is the cruise ship debacle. There’s no telling what’s next.

But then, on top of all that, there’s the Trump boobery. Coronavirus is no big deal. Everyone who wants a test can get one. He’s not taking any special precautions himself. He’s going to keep holding his rallies. He doesn’t want to unload a cruise ship because it might hurt his “numbers.” This is, as usual, stupid and uninformed, but it’s also genuinely dangerous. Above and beyond the policy shambles coming out of his dysfunctional administration, Trump’s rhetoric is likely to cause his supporters to do dumb things that will increase the death rate from coronavirus. Normally his mouth is childish and hurtful, but now it’s worse. It might start getting people killed in large numbers.