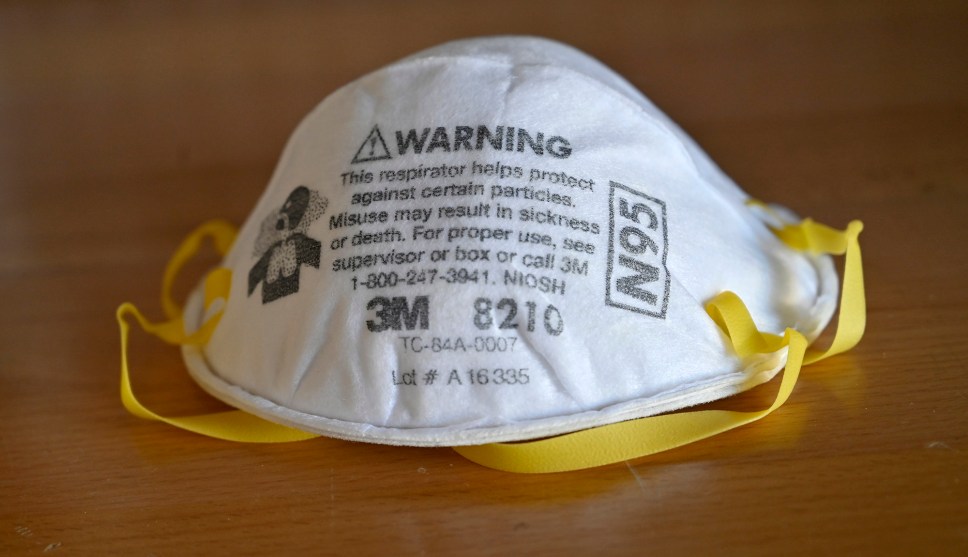 The 3M mask story keeps getting weirder, and neither 3M nor the Trump administration seems eager to provide details of exactly what their dispute is about. However, it’s been widely reported that 280 million masks were sold overseas in a single day last month even though American health care workers were desperate for them. This number originates from a Forbes story by David DiSalvo, who spent a day in mid-March with a mask broker named Remington Schmidt:

When contacting potential buyers, Remington needs two things to secure a deal with a seller: a letter of intent to purchase and proof of funds. “If you are working with a seller who has masks but you can’t quickly show proof of funds, someone else is going to buy them,” he told me.

And I watched that happen repeatedly throughout the day. Buyers from state procurement departments and hospital systems expressed desperate need for masks, but the deals bogged down when it came to providing proof that they could commit and follow through. In the meantime, another buyer provided proof of funds and the masks were gone, sometimes within the hour.

Remington told me that his focus now is to try to sell masks to federal agencies like FEMA, responsible for securing PPE so the items can go directly to the states that will distribute to hospitals, but it’s been challenging to close a deal and the number of “middle men” in the negotiations keeps rising.

Somebody please stop me if I’m wrong, but halting these shipments didn’t require use of the Defense Procurement Act. It required two things: (a) an executive order banning the export of masks unless approved by federal authorities² and (b) purchasing authority for FEMA to buy as many masks as it wants. You could add to that guidance from FEMA about which items US companies should and shouldn’t export overseas. These are things President Trump could have done two weeks ago with a stroke of his pen. No new legislative authority would have been required.

So unless I’m missing something, this is all on Trump. 3M has no control over the secondary market. Only Trump does. But apparently he did nothing back when it mattered, and now that it’s too late he’s engaged in a war to make it look like someone else’s fault. That’s typical Trump for you.

Eventually I assume we’ll get more details of exactly what’s going on here. If my take on this is wrong, I’ll update.

²This is, obviously, not something that states can do. Only the federal government can do it.