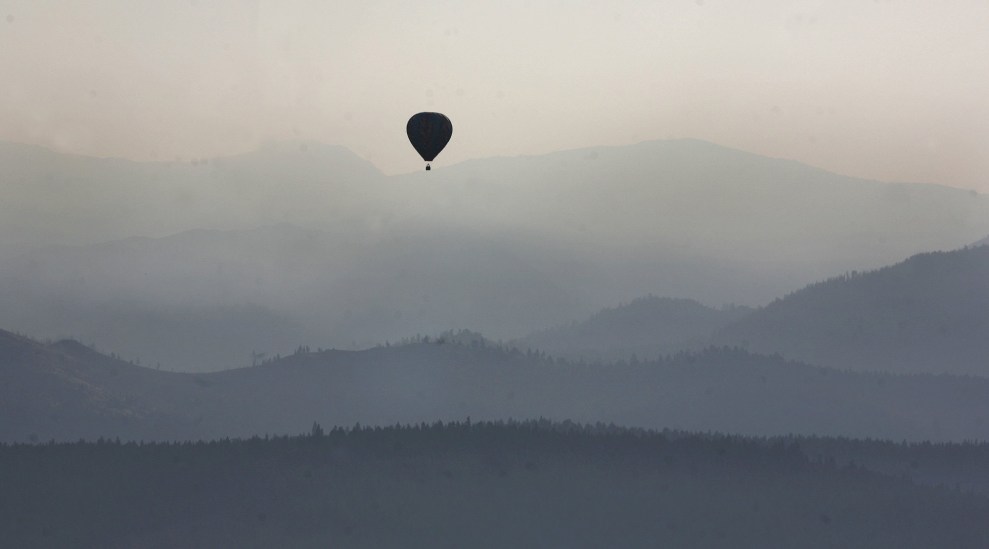 It's pretty in Plumas County, but that's not going to stop the coronavirus from spreading.Sacramento Bee/ZUMAPRESS

The LA Times reports today on the attitude toward the coronavirus pandemic in rural northern California:

On Tuesday afternoon, no confirmed cases of COVID-19 had been announced in rural Plumas County. But it was getting closer: a few cases in neighboring Butte County, the first death just announced in Reno — the nearest city, at 82 winding-mountain-road miles away. “We’re just waiting to hear when the first case will be,” said Carey, co-owner of Quincy Provisions.

A few hours later, her nephew broke the news: Plumas County had just announced its first confirmed case. On Facebook, locals were already sleuthing, trying to figure out who the sick person was. The tension in this Sierra Nevada town rose. “I think it shocked some people because maybe they didn’t think it would come,” Carey said. “But it’s here.”

With only a handful of exceptions, this has been the response everywhere in the world. Nobody is willing to take the pandemic seriously when the first case shows up. Or the second. Or the fiftieth. It’s not until there are hundreds of cases and a few dozen dead that the lockdowns start. And that’s true even now, long past the time when there’s any excuse for not knowing better.

Added to that—in the US, anyway—is the idiotic refusal of many red state governors to order lockdowns for purely partisan reasons: Donald Trump said it was no big deal, so by God, it’s no big deal. Trump has since changed his tune, but it’s too late. The holdout governors are still mostly holding out, and even if they change their minds in the next few days they’ll be weeks behind everyone else. So just as the pandemic is starting to ease off everywhere else, there will be a huge new—and growing—pool of infected people who are ready to re-spread the virus all over the country.

I realize that I’m pretty lucky: I’ve been working at home for the past 20 years and I don’t especially crave social interaction. So the lockdown isn’t much of a hardship for me. Still, even granting that it’s harder on other people, the response to the pandemic has been a remarkable display of just how resistant we humans are to changing our habits until we’re almost literally forced to by images of hospitals overflowing with the sick and dead. The COVID-19 pandemic is obviously coming everywhere, but even now there are people holding out hope that maybe it will somehow see the invisible border that defines their county or their state or their country and decide to detour around it. If it weren’t for the fact that humans have displayed this same behavior a thousand times before throughout history, I’d say it was pretty stunning. But it’s not. It’s just human nature.