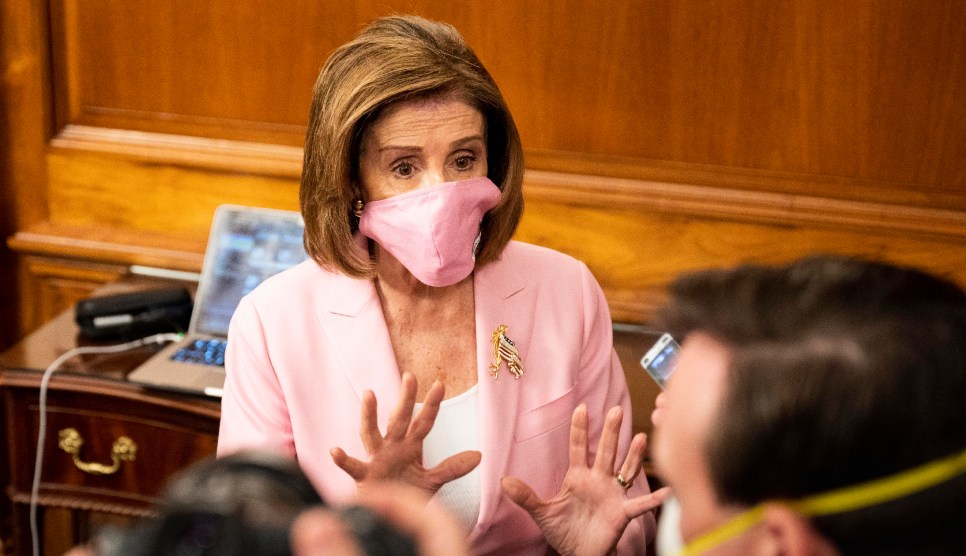 I get that there are different factions among the progressive movement and some are more progressive than others. That’s obvious. But my Twitter feed for the past couple of days has been full of true-blue progressives convinced that Nancy Pelosi is nothing more than a neoliberal shill who will cave in to Republican wishes this week and introduce only a weak, watered-down stimulus bill. Nancy Pelosi! A neoliberal shill! But then again, the same thing happened to Paul Ryan when he became Speaker of the House. It took only a few seconds for him to go from Mr. Conservative to a sellout.

House Democrats unveiled a coronavirus rescue bill Tuesday that would direct more than $3 trillion for state and local governments, health systems, a second round of stimulus checks, and a range of other priorities.

Republicans rejected the legislation even before they saw it, describing it as a liberal wish list that would go nowhere in the Republican-led Senate. Senate Majority Leader Mitch McConnell (R-Ky.) said he was at work on crafting liability protections for businesses instead.

The massive new Democratic bill was assembled by House Speaker Nancy Pelosi (D-Calif.) and her top lieutenants without input from Republicans or the Trump administration. It’s less an opening bid in a bipartisan negotiation than an expression of House Democrats’ priorities that they hope will resonate with the public as the nation suffers through the worst economic calamity since the Great Depression.

So . . . is $3 trillion enough? I mean, it’s true that Pelosi isn’t demanding Medicare for All and the nationalization of all banks as part of her bill, but $3 trillion is a pretty sizeable chunk of change, even for the federal government. So what would it do?

The 1,800-page legislation, which the House is expected to vote on Friday, would devote nearly $1 trillion to state, local, territorial and tribal governments and establish a $200 billion “Heroes Fund” to extend hazard pay to essential workers. It would also send a second – and larger – round of direct payments to individual Americans, up to $6,000 per household. Other parts of the bill would increase nutrition assistance benefits by 15 percent and provide $175 billion in housing assistance, among other things. A $600 weekly increase in unemployment insurance would be extended through January, and the bill directs another $75 billion for coronavirus testing and contact tracing.

That seems like a lot. But I suppose there’s some kind of means testing somewhere that’s helpful for gaining public support but might make things 2 percent more complicated, and that means that NANCY PELOSI IS A NEOLIBERAL SHILL!