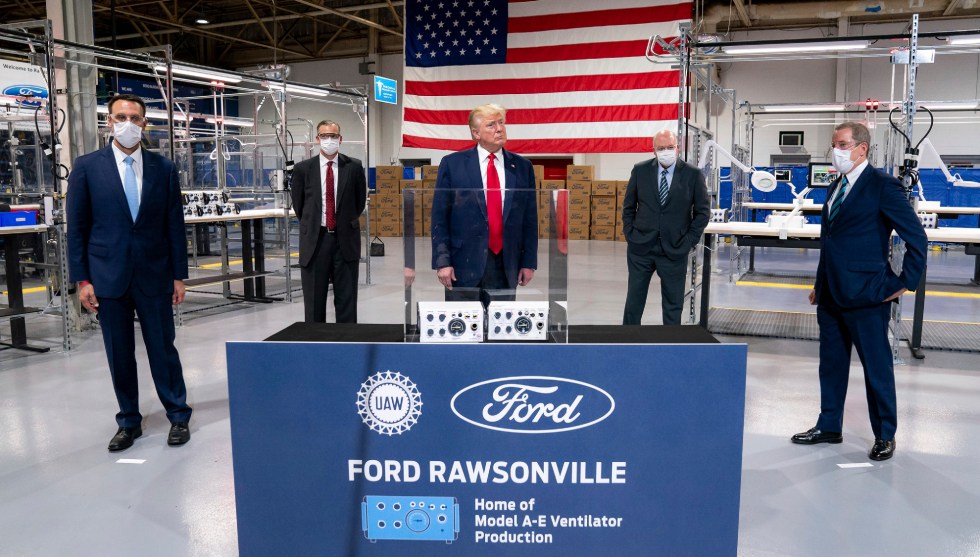 Let’s take a look back over the past week:

Monday: Trump announces that he is taking hydroxychloroquine. “I was just waiting to see your eyes light up when I said this,” he tells the assembled reporters. Sure enough, that’s exactly what happens.

Tuesday: Trump goes on a Twitter rampage over Obamagate.

Wednesday: Trump says that he will “ask” to withhold federal funds from states that adopt mail-in ballots, even though he has no authority to do this and everyone knows it. Many thumbsuckers follow.

Thursday: Trump plays coy about wearing a mask in a Ford factory he’s visiting. “I wore one in the back area,” Trump tells reporters, “but I didn’t want the press to get the pleasure of seeing it.” The press can’t resist chasing after him anyway.

Friday: In an effort to prove that they can be as stupid as Trump, liberals go ballistic over a lame joke that Joe Biden told on air. Republicans join in, naturally, which makes it a “bipartisan condemnation.” This is catnip for the press.

Writing about Monday’s revelation, media critic Jack Shafer says the press needs to stop playing along with this nonsense:

I’d like to think that calling attention to Trump’s decoy move might reduce its effectiveness. But I’d be wrong. In Trump’s book, any mention—neutral, praiseful or critical—is a win because it takes our eye off of what really matters. When it comes to obvious Trump provocations like self-dosing of hydroxychloroquine, the only way to blunt such media manipulation is to ignore him as much as possible. Do your part. Flush Trump’s crap from public mention.

Yep, even Jack. The key thing here is that no one is suggesting the Times not cover this at all. Everything a president does gets covered. But stuff likes this needs to be a blurb on A17. On TV it needs to be a 15-second segment at the end of the news block. Online it should be a throwaway mention or less.

After three years, we should all know that it’s pointless to demonstrate that Trump is stupid. The people who care already know it, and the people who don’t care won’t be swayed. So just give his shiny objects the coverage they truly deserve. In most cases, that’s almost nothing since they’re obviously substance-free and designed solely to play the media. Why go along with Trump’s almost contemptuous—and quite public—strategy of “flooding the zone with shit” as a way of keeping the press under control?